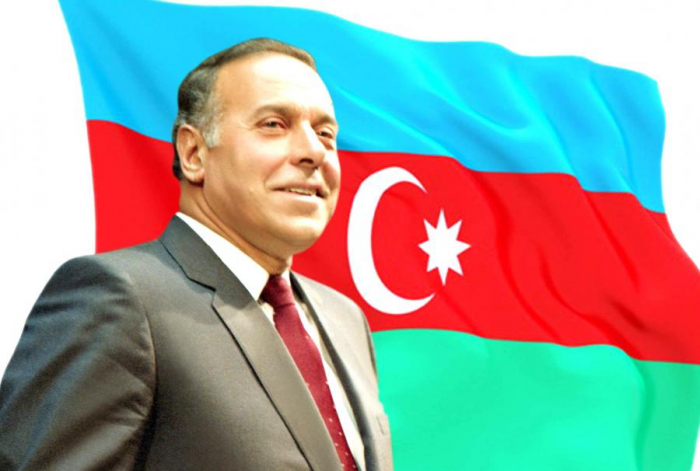 President of the Republic of Azerbaijan Ilham Aliyev signed a decree on declaring 2023 as the 'Year of Heydar Aliyev' in Azerbaijan, AzVision.az reports.

10 May 2023 will mark the 100th anniversary of the birth of Heydar Aliyev, the national leader of the Azerbaijani people, the founder of the independent state of Azerbaijan, and an outstanding politician and statesman.

The Order emphasizes that Heydar Aliyev is a powerful personality who successfully took his people out of the complex historical and political trials of the time and led them to independence through consistent struggle. The people of Azerbaijan entered the new century and the new millennium precisely in the light of Heydar Aliyev's brilliancy. Modern Azerbaijan, confidently advancing along the path of continuous progress, is a celebration of Heydar Aliyev's life-long mission.

In the first period of his leadership in Azerbaijan, Heydar Aliyev achieved tremendous progress in the way of development of socioeconomic, scientific-technical and cultural fields in the republic in a very short time thanks to his extraordinary management skills, iron will, immense patriotism, as well as his visionary and goal-oriented decisions. The years when the course of our history and the harmony of life were dramatically changing and when the sentiments of freedom and independence began to prevail in national conscience are among the brightest pages of Azerbaijan’s history. The bold steps taken by the great leader to restore the historical memory by directing the creative energy of the people towards the goal of reviving the national spirit provided the nation with self-awareness and a return to the roots and became the cornerstone of the road to independent state building.

It is noted that Heydar Aliyev's inexhaustible state management talent, great political will and unshakable conviction manifested themselves brilliantly again during the years when he worked as one of the leaders of the USSR and implemented large-scale projects. Heydar Aliyev always promoted the interests of his native people, whom he loved with all his entire being, and used all the opportunities available to him to facilitate the development of the republic.

It is indicated that Azerbaijan, which regained its state independence in the 1990s of the last century due to the dictate of time, faced the threat of being erased from the political map of the world and losing its statehood due to the Armenian aggression, external pressure and internal strife. Heydar Aliyev, who returned to power by heeding popular demand at a difficult time when Azerbaijan’s fate was being decided, showed unparalleled selflessness to save the native country, rescued it from the clutches of public and political fragmentation and anarchy, prevented the deep decline observed in all areas, rebuilt it and freed it from all kinds of plots, thus paving the way for sustainable development of the state. The years of Heydar Aliyev's leadership in Azerbaijan are the fateful stage when the nation took advantage of a rare historical opportunity and made its independence eternal and irreversible at the cost of great suffering.

“All the stages of Heydar Aliyev's abundant life and exceptional activities complemented each other and became a living embodiment of close attachment to his people and loyalty to the ideology of national statehood. Heydar Aliyev, who possessed extensive and in-depth knowledge, successfully resolved the most serious concerns of the Azerbaijani public not only during the period of independence, but also in all other periods with his thoughtful and courageous decisions. The great leader clearly saw the organic connection between different areas of society and the national development strategy he was the author of, correctly defined the tasks ahead in public, political, social, economic, cultural and other fields, and skillfully implemented them. As a result of the successful implementation of Heydar Aliyev's national oil strategy, the people of Azerbaijan has become the full owner of its natural resources and acquired these resources in a short period of time, providing a strong impetus to the development of the country. The adoption of the first Constitution of the Republic of Azerbaijan and the implementation of fundamental reforms covering all spheres, the democratic and law-governed state building, and the creation of a regular army are Heydar Aliyev's outstanding contributions to the people of Azerbaijan. The development of the ideology of Azerbaijaniism that unites the people around a single goal, the protection of the mother tongue by the state, the introduction of a tradition to celebrate significant events of the public, political, scientific and cultural history, the fact that Azerbaijan as an ancient land with a centuries-old spiritual and cultural heritage and a place of tolerance located at the junction of civilizations has gained international recognition are all an integral part of Heydar Aliyev's excellent construction program.

Standing alongside the most authoritative politicians of his time, Heydar Aliyev played an exceptional part in promoting the modern appearance of Azerbaijan and the rich values of the people, in securing a worthy position of the state in the system of international relations. The resolution of the Armenia-Azerbaijan conflict based on the norms and principles of international law was the main laid out task set by the great leader, and all the resources of the country and the potential of the people were mobilized for the restoration of this historical justice. The powerful state of Azerbaijan, the masterpiece of the great leader, proved its ability to protect its sovereignty and independence by winning a glorious Victory in the 44-day Patriotic War.

Heydar Aliyev, who left an indelible mark in the chronicle of the statehood, was proud of being an Azerbaijani throughout his life, is a source of national pride, and is recognized as a symbol of Azerbaijan all over the world. Our people always cherish and remember his dear memory with immense gratitude and celebrate the day he came back to power as a national holiday of the Republic of Azerbaijan – National Salvation Day.

The legacy of the great leader of independent Azerbaijan to the present and future generations, as well as his rich and diverse heritage is the national wealth of the Azerbaijani people. It is the honorable duty of every Azerbaijani to preserve this sacred heritage,” the Order states.