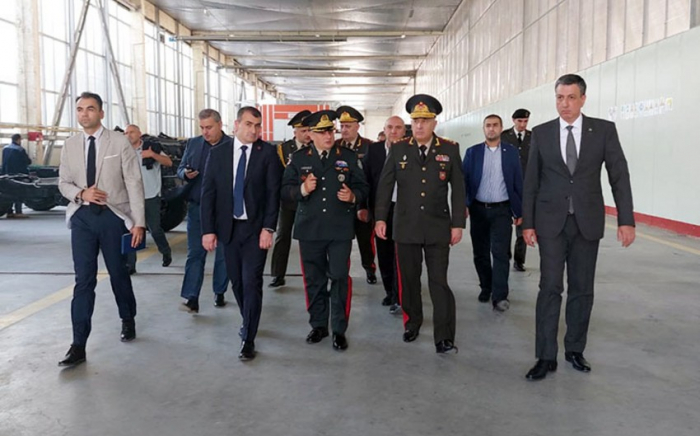 On September 29, a delegation led by the First Deputy Minister of Defense – Chief of the General Staff of the Azerbaijan Army, Colonel General Karim Valiyev, visited the Krtsanisi National Training Center near Tbilisi. The Azerbaijani delegation is on an official visit to Georgia, AzVision.az reports citing the Azerbaijani Defense Ministry.

An extensive briefing on the history and activities of the center was presented to the Azerbaijani delegation.

Then the delegation visited the Military Scientific–Technical Center “Delta”.

An inspection of the military vehicles and equipment produced in the center was conducted, and an exchange of views on a number of issues of mutual interest in the field of military-technical cooperation was held.