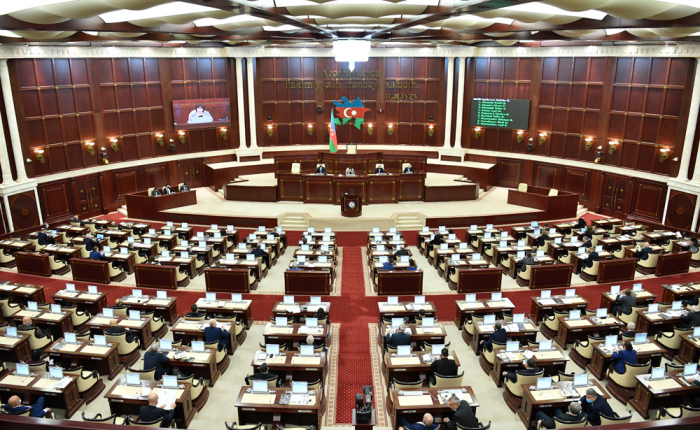 Azerbaijan's Milli Majlis has adopted a statement on the second anniversary of the start of the Second Karabakh War, AzVision.az reports.

The second anniversary of the outbreak of the Second Karabakh War has passed. As a result of the grand victory achieved in it, Azerbaijan restored its territorial integrity and put an end to the occupation of its lands, the statement said.

The statement stressed that the liberation of Karabakh and Eastern Zangazur from the 30-year occupation opened a new era in the history of Azerbaijan.

According to the statement, the obligations assumed by Armenia in accordance with the trilateral statement of November 10, 2020 haven’t yet been fulfilled.

“Azerbaijan presented five basic principles for signing a peace treaty to Armenia. Despite that Armenia accepted these principles in words, no work has yet been carried out in this regard. On September 13, Armenia made another attempt at provocation,” the statement noted.

“Today, in the barbarously destroyed territories of Azerbaijan, which were occupied for 30 years, restoration and construction work is underway. Unfortunately, there is also the problem of mines laid by Armenia in these territories during and after the war. However, no one should doubt that Azerbaijan will turn Karabakh and Eastern Zangazur into a prosperous region," added the statement.