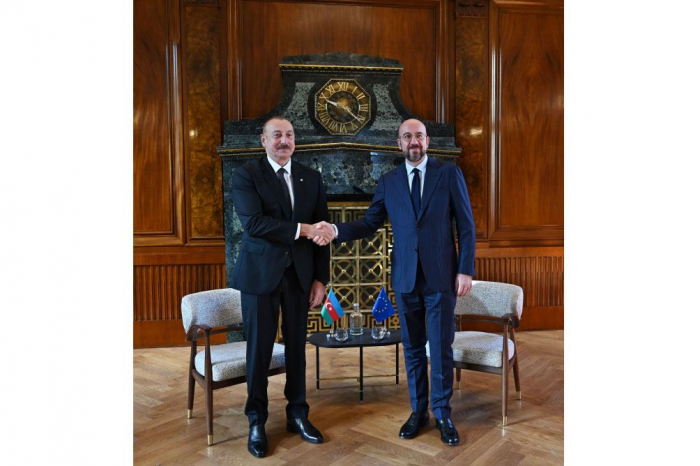 President of the Republic of Azerbaijan Ilham Aliyev is on a visit to Prague to attend the “European Political Community” Summit at the invitation of President of the European Council Charles Michel and Prime Minister of the Czech Republic Petr Fiala, AzVision.az reports.

The importance of the meetings held in Brussels with the participation of Charles Michel towards the normalization of Armenian-Azerbaijani relations was underlined at the meeting. President Ilham Aliyev thanked Charles Michel for his mediation mission. The head of state noted that Azerbaijan supports the Brussels format.

Charles Michel expressed gratitude to the Azerbaijani President in this regard.

During the conversation, the sides discussed the agenda of the trilateral meeting scheduled to be held in Brussels next month.

They exchanged views on prospects for the Azerbaijan-European Union partnership.