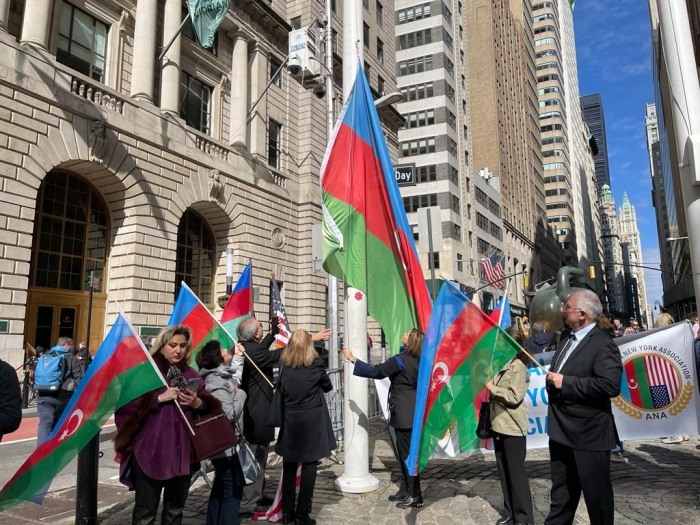 The state flag of Azerbaijan was raised in New York on the occasion Day of Restoration of Independence on October 18, AzVision.az reports citing the State Committee on Work with Diaspora of Azerbaijan.

In this regard, a flag-raising ceremony organized by the Azerbaijan New York Association took place in Bowling Green park, located on Wall Street and known as the giant flag square. The event was attended by a group of Azerbaijanis living in New York.

Chairman of Azerbaijan New York Association Erjan Yerdelenli raised the Azerbaijani flag to the sound of the country's hymn.

The flag-raising ceremony also attracted the attention of local residents and tourists, and Azerbaijanis informed them about the country.

The flag of Azerbaijan will fly in the center of New York next to the US flag for 10 days.