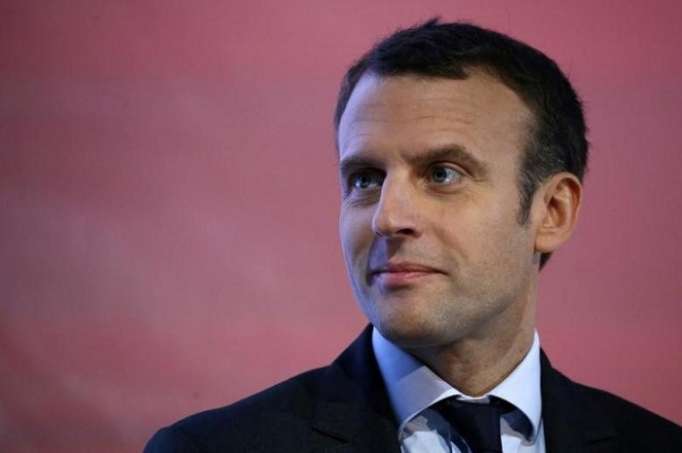 Azerbaijan-France Chamber of Commerce (AFchamber) has sent a letter of protest to French President Emmanuel Macron, AzVision.az reports on October 21 via the chamber.

“We are writing to you on behalf of the Azerbaijan-France Chamber of Commerce (AFchamber), an independent non-governmental organization representing French and Azerbaijani companies operating in Azerbaijan, to convey our concern regarding your recent statements made during the interview to France 2 aired, on 12 October,” the letter said. “We were surprised and saddened to hear your comments about the Karabakh conflict and the ongoing peace process between Azerbaijan and Armenia as they did not accurately reflect of the reality.”

As AFchamber noted in the letter, Macron knew, but didn’t mention in his recent interview that almost 20 percent of Azerbaijan’s territory were under Armenian occupation for almost 30 years, as established by the UN Security Council Resolutions in favor of which France also voted.

“Despite the unambiguous demands of these Resolutions to withdraw troops from the occupied territories of Azerbaijan and allow for hundreds of thousands of displaced Azerbaijanis to return to their homes, Armenia ignored the international law and continued the occupation,” the letter said. “France voted in favor of these resolutions and recognizes these territories as a part of Azerbaijan. Even today, Armenian military remains in Karabakh in violation of its obligations undertaken in the 10 November 2020 tripartite statement [signed by Azerbaijani, Armenian and Russian leaders following the second Karabakh war], acting as the main obstacle to the sustainable peace.”

According to the letter, in his interview Macron spoke of civilian casualties [during the second Karabakh war], but he didn’t mention the attacks by Armenian armed forces on Azerbaijani civilians in Ganja and Barda.

“More than 100 civilian Azerbaijanis were killed in these attacks, including 13 children (one as young as 10 months old). Mr. President, the words we speak hold power. Your statements about this important issue are closely followed not only in Europe, but also in Azerbaijan,” the letter further said. “You have been a party to the meeting in Prague on the 6th of October and witnessed commitment of Armenian Prime Minister Pashinyan and Azerbaijani President Ilham Aliyev to the Charter of the United Nations and the Alma Ata 1991 Declaration through which both recognize each other’s territorial integrity and sovereignty.”

However, according to the letter, a one-sided narrative of events that Macron and other French politicians try to mainstream inflicts a serious damage to peace process and the establishment of long-lasting peace between Azerbaijan and Armenia.

“These actions are particularly harmful at the time when two countries are as close to signing a peace agreement as ever before. We sincerely hope and urge the French government to take active and positive role to in supporting the EU lead negotiations of peace agreement between Azerbaijan and Armenia. This would also positively impact the bilateral relations between France and Azerbaijan and improve the public perception of France in the region,” the letter pointed out.

Besides, the letter noted that AFchamber stands ready to contribute to the improvement of the relations between France and Azerbaijan.

“To this end, we would like to invite you for an online meeting with the chamber members,” concluded the letter.