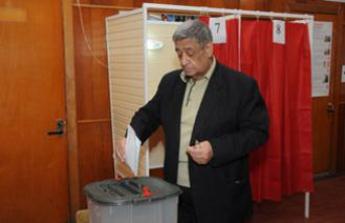 To follow the Azerbaijani presidential elections, 47 observers came to Baku from different states of America.
They followed the voting at over 250 polling stations in Baku and surrounding areas in 24 groups.

This information was given by a member of the US observer mission, former congressman Michael McMahon at a press conference held on 9 October, the Independent Press Centre told Gun.Az.

He said that the observers coming from the Unites States includes former congressmen, well-known politicians, political commentators and journalists. The members of the observation mission didn`t fix law violation during the vote.

"We have talked with representatives of political parties, presidential candidates and observers regarding the organization of the election and voting. They also expressed satisfaction with the course of the elections. We witnessed how voters presented their ID cards and received ballot papers, a special ink was sprayed on their fingers, and we witnessed high voter turnout. Therefore, we can say that the elections ran fairly, freely and transparently and in line with international standards."

Michael McMahon thanked the Azerbaijani people for hospitality toward the US observer mission.