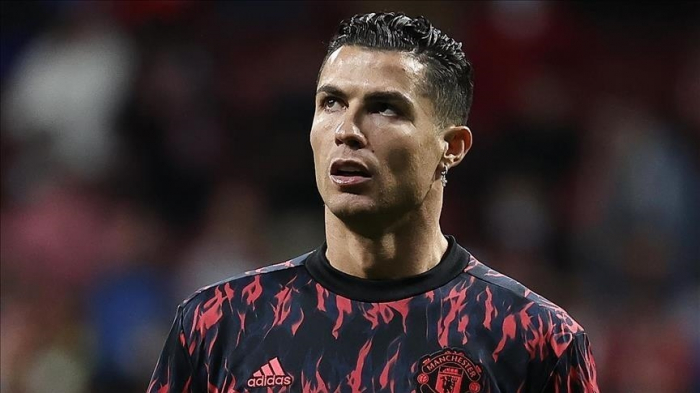 "The club thanks him for his immense contribution across two spells at Old Trafford, scoring 145 goals in 346 appearances, and wishes him and his family well for the future," it said. "Everyone at Manchester United remains focused on continuing the team’s progress under Erik ten Hag and working together to deliver success on the pitch."

Ronaldo was dropped from the team’s Premier League match versus Chelsea in Week 13 as manager Erik ten Hag punished him for leaving Old Trafford during a Tottenham Hotspur match on matchday 12.

The 37-year-old superstar later returned to training with the first team.

Ronaldo told Piers Morgan last week that he felt betrayed by the team, claiming Ten Hag was trying to force him from the team.

In the aftermath of the interview, which was broadcast in separate parts, the English club removed a poster of Ronaldo from the exterior of Old Trafford.

Ronaldo issued a statement on Twitter after his exit was confirmed.

"Following talks with Manchester United, we’ve mutually agreed to end our contract," he said. "I love Manchester United and I love the fans, that will never ever change. It feels like the right time to seek a new challenge. I wish Man Utd all the best.”