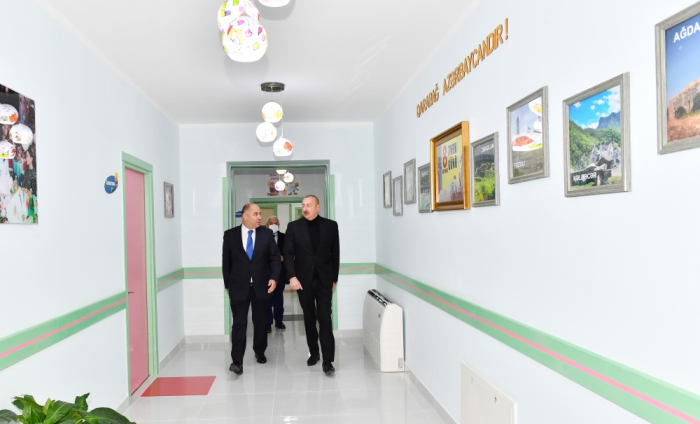 A 100-seat orphanage-kindergarten, the construction of which was initiated by the Heydar Aliyev Foundation, has been commissioned in the city of Oghuz. President of the Republic of Azerbaijan Ilham Aliyev attended the inauguration.

Then President Aliyev viewed the work done on providing the land plot of Shaki-Oghuz Agropark with irrigation water. The head of state launched the facilities for supplying the agropark's land plot with irrigation water.