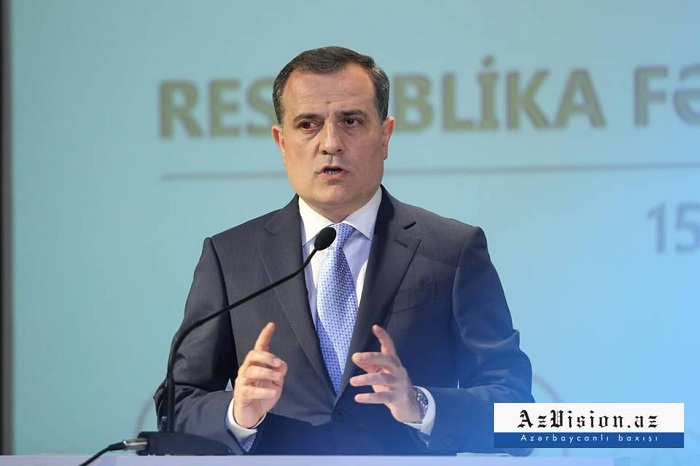 The third round of negotiations on a draft peace treaty between Armenia and Azerbaijan may take place before the end of the year, Azerbaijani Foreign Minister Jeyhun Bayramov told a press conference following the meeting with his Russian counterpart Sergey Lavrov in Moscow, AzVision.az reports.

"The third package of comments from the Azerbaijani side has already been submitted to the Armenian side, and we think that by the end of this year it will be possible to hold a third round of talks on a draft peace treaty between Armenia and Azerbaijan," Bayramov added.