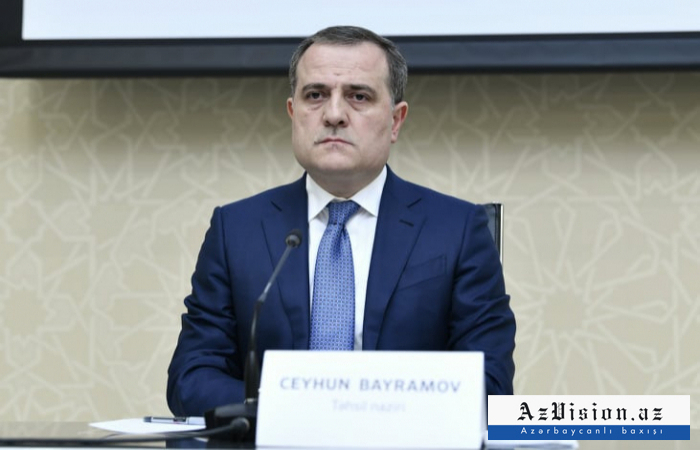 It is necessary to put extra efforts in order to provide the full ratification of the Convention on the legal status of the Caspian Sea, said Azerbaijan's Foreign Minister Jeyhun Bayramov during a press conference with his Russian counterpart Sergey Lavrov in Moscow, AzVision.az reports.

"The signing of the Convention on the legal status of the Caspian Sea during the 5th summit of the Caspian states laid the foundation and determined the future path of interaction on the Caspian Sea. We believe that it is necessary to put in extra efforts, in order to provide full ratification and end this process on the part of all countries of the region," he added.