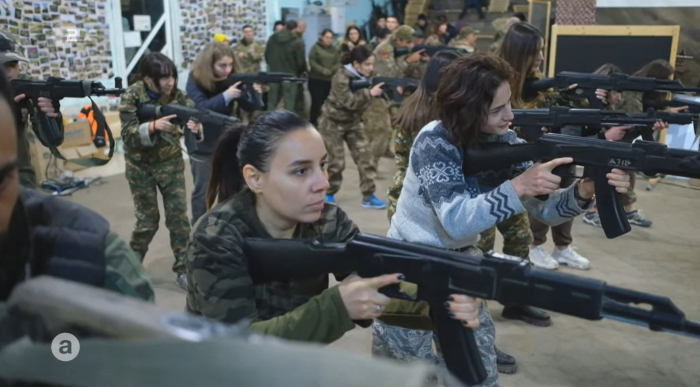 In the reportage it was stated that Armenians were preparing to protect their country with their own strength, since they have already lost their trust in Russia.

It is not difficult to understand the real purpose of the anti-Azerbaijani material: Armenia sends a message to Europe that they are turning their backs on Russia and looking for a new owner.

"For a long time, Russia has been a protecting power for Armenia. However, Russia did not even condemn Azerbaijan's recent attacks. During Putin's visit to Yerevan in November, hundreds of Armenians held a protest rally demanding separation from Russia and CSTO," stated in the video reportage.

The German journalist notes that the Armenian people, who despaired of Russia, live in fear, so they took up arms. They also have no hope for international support. Ordinary people are being prepared for fighting by Armenian servicemen. There is no gender discrimination since boys and girls prepare together.

So, Europe must believe that these young Armenians, who get trainings with fake machine guns will be able to fight with the professional army, equipped with the most recent guns. Armenians make fool of Germany.