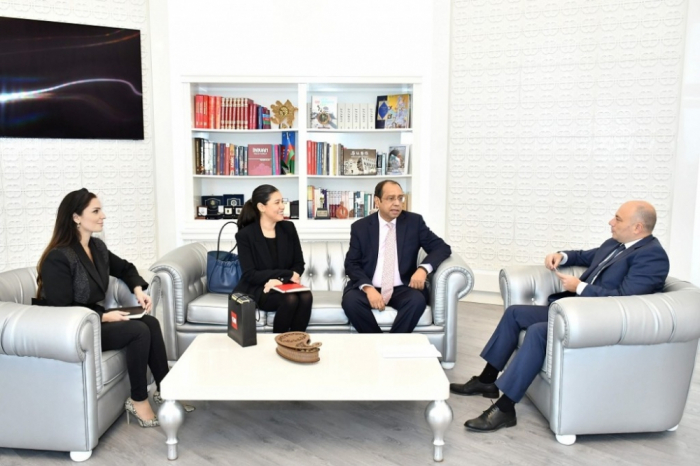 During the meeting, the CNN channel’s representatives hailed the current state of cooperation with Azerbaijan’s Ministry of Culture, emphasizing the implementation of new projects in this regard.

Minister Anar Karimov expressed his gratitude to CNN for the channel’s contribution to promoting Azerbaijani culture. The minister noted that Azerbaijan’s ancient city of Shusha was declared the Cultural capital of the Turkic World for 2023 during the meeting of the Permanent Council of Ministers of Culture of the International Organization of Turkic Culture (TURKSOY) member states. He also emphasized the importance of wider dissemination of information about Chovgan - the ancient Azerbaijani traditional Karabakh horse-riding game that was inscribed on the “List of Intangible Cultural Heritage in Need of Urgent Safeguarding” of UNESCO.

Azerbaijan’s Ministry of Culture and CNN TV channel maintain close cooperation to promote Azerbaijan’s historical and cultural values worldwide. As part of this collaboration, a series of video reports highlighting Azerbaijan’s ancient art of Mugham, as well Azerbaijani carpets have been broadcast by CNN this year.

The sides also discussed the promotion of Azerbaijani culture in the upcoming years.