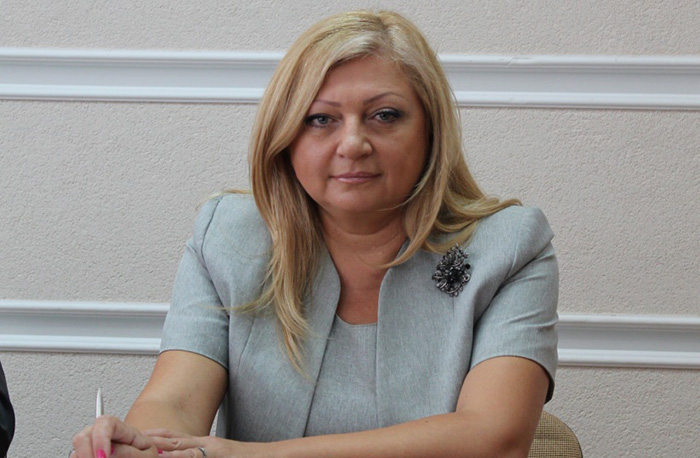 Ombudswoman, head of the Public Board of Moldavia Aurelia Grigoriu presented views on political situation in Azerbaijan in her interview to Day.az

“Recently, Azerbaijan is tried to be furnished as a country abusing human rights, closing eyes at actual violation of basic human rights. First off all, such assertions are within the interest of the countries violating human rights themselves”, she said. The truth is needed to be proved. Look how Armenians defend their
lies.

Moreover, Aurelia Grigoriu handed down her opinion on “human rights defenders” who demand the release of political prisoners: “Go to the embassies and consulates of Armenia, protest against violation of fundamental human rights and demand current Armenian government to withdraw its armed forces from the occupied Azerbaijani territories; to stop torturing its citizens. Only after that you can call yourself a true human rights defenders!”

Ms Aurelia thinks, it is hard to expect those “human rights activists” to express an objective opinion, simply because they got funds from pro-Armenian “human rights organizations”. Such organizations pursue an ultimate mission to falsify true historical facts about Azerbaijan and misrepresent its contemporary politics.


Taking into account a positive correlation between economic wellbeing and democratic principles of governance, only those countries can fully enjoy the democratic prosperity, where the economy is strong and people have high living standards, Aurelia Grigoriu stated.

Moldavian Ombudswoman highlighted that Azerbaijan has an indisputable international prestige and political esteem, despite various attempts to damage country’s image. Therefore international society demands much more from Azerbaijan than from Armenia. Meanwhile, that is normal, as much, more is demanded of an aspirant than of a primary school student.