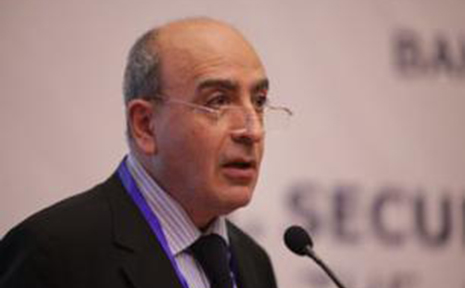 The possibility to join Switzerland to the settlement of the Armenian -Azerbaijani Nagorno-Karabakh conflict, in principle, is logically justified, political scientist MP Rasim Musabayov believes.

He said, Switzerland participated in the so -called rapprochement between Turkey and Armenia, and next year will chair the OSCE.

"Given the fact that the Minsk Group is also an instrument of OSCE, Switzerland can participate more actively in the process of settlement of complex issues, such as the Armenian- Azerbaijani and Armenian- Turkish. But it will not be a decisive factor," he said.

Influential newspaper Todays Zaman has reported that Turkey has asked Switzerland for support, which, according to Ankara will help resolve the conflict between Armenia and Azerbaijan, thus opening the way for the restoration of relations between Ankara and Yerevan.

According to the source, Azerbaijan declared that it will not object to Turkey to open its border with Armenia unless Yerevan releases at least five of the seven regions adjacent to Nagorno-Karabakh region. "Yerevan also said it was ready to leave the five regions," sums up the source of publication.

Musabayov said that the return of five occupied regions was provided in all the possible draft agreements, but that does not mean the final settlement of the Nagorno-Karabakh conflict.

"This is a serious progress in resolving the issue, but the conflict and its final decision is a long process," he said.

"For example, if the Armenians declare their readiness to return five occupied regions in return for recognizing Nagorno-Karabakh and two regions as part of Armenia, will it suit us? So, the question of the return of the five regions is not limited," said the analyst.

Attempts to normalize Turkish-Armenian relations without achieving real results in the Nagorno-Karabakh settlement caused strong resistance from the Azerbaijani side.

Baku emphatically stated the inadmissibility of such scenarios, recalling that cause of the closure of the border in 1993 was the occupation of the Azerbaijani territories by Armenian forces.

The Turkish society welcomed the objections of Baku and the Turkish opposition announced the inadmissibility of any negotiations with Armenia without taking into account the interests of the fraternal people of Azerbaijan.