CIS Heads of State Council`s session kicks off in Kazakhstan 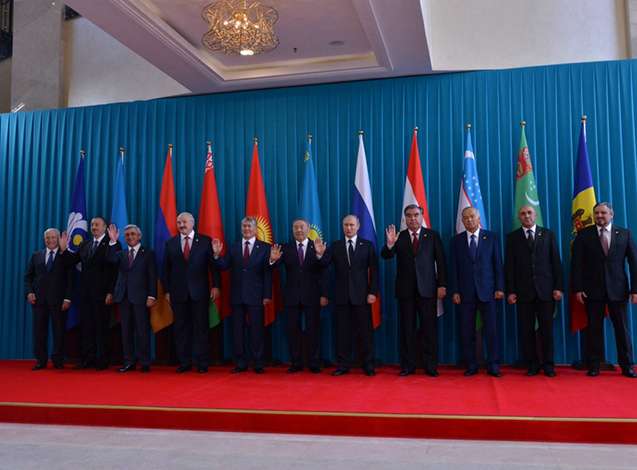 A session of the CIS Heads of State Council chaired by President of Kazakhstan Nursultan Nazarbayev began in resort town Burabay in Akmola region, Kazinform reported.

Special attention will be paid to the issues of cooperation in the security sphere. The Heads of State will sign several international agreements in the law-enforcement sphere and in the sphere of liquidation of the consequences of the emergency situations.

The concept of military cooperation for 2020 will be adopted at the session as well as the program of cooperation in strengthening of the border security for 2016-2020 and some other documents.

The Heads of State will also attach special attention to future humanitarian cooperation. In particular, the participants are expected to discuss the implementation of the intergovernmental program titled "Cultural capital cities of the CIS". The city of Dashoguz is planned to be announced the cultural capital city of the CIS in 2016 at the session today.