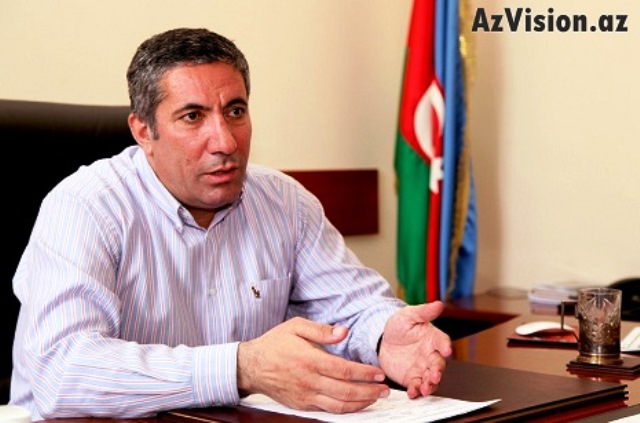 Ruling New Azerbaijan Party (YAP) commented on the statement made by Isabel Santos, head of the committee on Human Rights and Democracy of OSCE Parliamentary Assembly on upcoming parliamentary elections in Azerbaijan.

The decision made by OSCE PA is biased and based on double standards, Siyavush Novruzov, the deputy executive secretary of the ruling New Azerbaijan Party, Azerbaijani MP told AzVision.az.

Azerbaijan has appealed to all European institutions, as well as to OSCE PA and ODIHR to observe elections to be held in Azerbaijan. They thought that, after the numerous biased statements made by the European Parliament, Azerbaijan will not send a request to international organizations for observing the elections. But both the Central Election Commission and Milli Majlis have sent an invitation to the very organizations`, he said.

We are not obliged to send an invitation to all international organizations but the European Council has a right to monitor the elections as Azerbaijan is EC member state, he added.

He also added, Azerbaijan had sent an invitation to the OSCE Office for Democratic Institutions and Human Rights to send 125 short-term and 6 long-term observers for each polling station.

Where do you get the funds to maintain such a great number of observers?Usually, they complain on the limited funds for observers in case when observers are really needed.How do they find the necessary financial resources when the issue is coming to Azerbaijan? Obviously, this is a plot hatched by the Armenian lobby and anti-Azerbaijan quarts.

OSCE wants to create a negative opinion about Azerbaijan through fabricated facts:” Their report did not surprise us. Because, it was prepared by the Azerbaijan National Front Party, on the demand of OSCE . They work only with this party and publish received documents, even with all grammatical mistakes made by Azerbaijan National Front Party. Azerbaijan has expressed its objections in this regard and demanded OSCE to send as many observers as it was initially suggested. Despite their absence approximately 500 foreign observers from the USA, Canada, Australia, Pakistan, and Europe as well as 6000 local observers will monitor the parliamentary elections in Azerbaijan.Thus, everyone is welcomed to observe the elections.