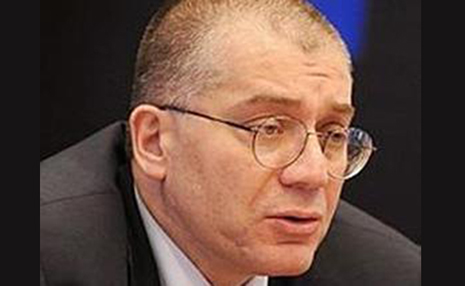 NATO is informed about the Nagorno-Karabakh conflict, but for various reasons this structure has limited opportunities to participate and contribute to certain processes.

At the same time the Alliance at the political level, including at the summit, has repeatedly spoken out in support of the sovereignty and territorial integrity of the various countries, Deputy Foreign Minister Araz Azimov has said, commenting on NATO`s position on the Armenian- Azerbaijani Nagorno-Karabakh conflict.

According to him, NATO`s at the highest level stands for conflict resolution based on the principles of preserving the sovereignty and the inviolability of borders.

Azimov said that this is the political position of the Alliance.

"NATO is not directly involved in the Nagorno-Karabakh conflict, but the fact that the Alliance supports the above principles is a very important factor," he said.

The deputy minister noted that NATO holds active negotiations with Azerbaijan over a wide geographical and conceptual framework. "We discuss the various issues that may affect the Euro-Atlantic security, including the Nagorno-Karabakh conflict," said Azimov.