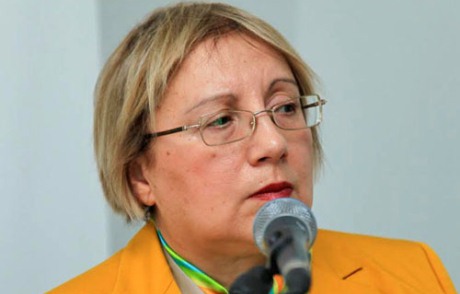 The article says that on April 24 – four days after Rauf Mirgadirov`s arrest, the Yunus family transferred a great deal of funds from their account to one of the banks in Prague, the Czech Republic. After four more days, when Leyla Yunus had to give testimony at the Prosecutor General`s Office, she obtained 5-year Schengen visa. On the same day, the Yunus couple went to the airport and attempted to flee the country.

The fact that Leyla and Arif Yunus wanted to leave for Doha(Qatar), then to Paris, while they could take a direct Baku-Istanbul-Paris flight posed a question to the author. Another inexplicable matter is that who booked tickets for the family at “OZON travel” in Moscow, Russia instead of at the ticket office in Baku.

According to the author, Mrs. Yunus is developing peace projects with the representatives of Armenian community. Therefore, she obtained a visa from France, where Armenian Diaspora has a strong influence.

5-year visa was issued within a few hours, because the French ambassador was directly involved in this issue. L. Yunus was taken to the airport by car owned by the French Embassy. Her escape was directly organized by ambassador Pascal Meunier.

Mrs. Yunus said that the purpose of her travel to Paris aimed at participating in a conference in Brussels, the capital of Belgium. However, according to the author, Nadejda Atayeva of Uzbek origin had been waiting for the couple in Paris on that day. Atayeva fled to France from Uzbekistan in 2000, after her father, the head of Uzkhleboproduct (bakery products) company, faced charges under corruption. Atayeva was sentenced to 6-year imprisonment in Uzbekistan. Now she lives in Paris with her husband Sergei Ignatyev.

On that day, when Arif and Leyla had to leave for Paris, Atayeva launched a campaign on social networks in support of them. At the same time, quoting to the Armenian media outlets, she launched another resonance campaign, which reflected the person named Vincent, aka “My Lady”, who lives in Washington and was deported from Azerbaijan last year.

On the other hand, documents of a real estate in Antalya, Turkey were found during the search of the human rights defenders` suitcases. “Why did Leyla Yunus pick up the documents while leaving for Belgium to attend a conference?”, asks the author.

It was noted that Yunus ran quite large money flows. For example, Leyla Yunus removed AZN 155,000, $230,000 and €100,000 from the bank account of the NGO “Azerbaijani women at the forefront of the Caucasus for peace and democracy” jointly heading by Rana Safaraliyeva, the chairperson of the Office of Transparency International in Azerbaijan, and the daughter of another human rights defender Mirvari Gahramanli. Most of these funds were sent to Antalya.

At the same time, Leyla Yunus received money from the British and Canadian embassies, as well as from NED. The funds were transferred to the bank account of the NGO led by Rana Safaraliyeva through the French “Societe Generale”, US “Citibank” and “Wells Fargo Bank”, Austrian “Raiffeisen Bank” and German “Commerzbank”.