Formula One headed to... Azerbaijan? 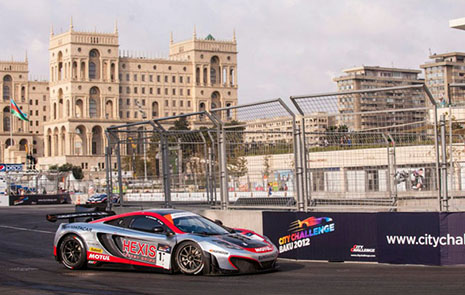 The Formula One calendar each year is populated by some grands prix (like Monaco, Melbourne and Montreal) that are essential to the sport and others (like Bahrain, Russia or Korea) that expand its reach to new locations. But even in the latter category, the last place we`d expect to see on the list is Azerbaijan. Yet that, according to reports, is exactly where F1 is headed next.

According to reports circulating the interwebs, local organizers and Bernie Ecclestone – the embattled and controversial F1 supremo currently fighting corruption and bribery charges in court – have already signed and will soon announce a deal to bring the top racing series to the streets of Baku, Azerbaijan`s capital city, starting in 2016. The reports further state that the race will be dubbed the Grand Prix of Europe or the European Grand Prix, a title last used for a race in Valencia held from 2008 through 2012 (alongside the Spanish Grand Prix in Barcelona) and before that at the Nürburgring (alongside the German Grand Prix at Hockenheim) from 1999 through 2006.

The idea may not be quite as far-fetched as it may seem at first. Baku is set to host the inaugural European Games next year, has already hosted the popular Eurovision song contest and has hosted a GT3 race on a specially designed street circuit. The grand prix would likely use a similar setup.

Though Azerbaijan, the largest country in the Caucasus region nestled in between Eastern Europe and Western Asia, is not a member of the European Union, it is part of the Council of Europe and the Organization for Security and Co-operation in Europe (OSCE). It shares borders with Russia, Georgia, Armenia and Iran.