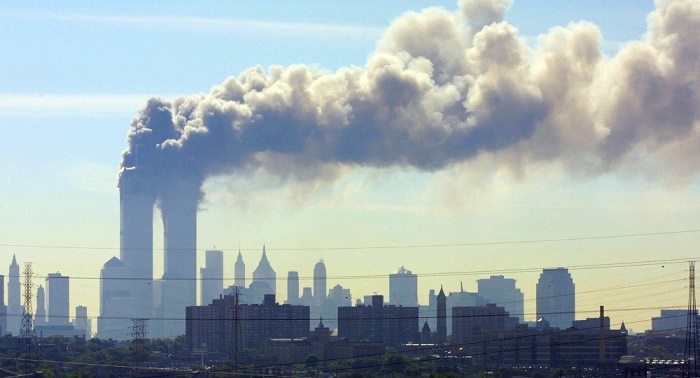 In what might be considered as a revelation for some, ex-CIA chief George Tenet told journalists that the George W. Bush administration had received information that an al-Qaeda attack was in the making months before the president received his famous August "Bin Laden Determined to Strike in US" briefing.
Former CIA director George Tenet and Cofer Black, the former head of the CIA’s counterterrorism center confirmed that on July 10, 2001, then-National Security Adviser Condoleezza Rice was warned that an imminent threat of “spectacular” proportions would take place on US soil at an emergency meeting in Washington, DC.

Earlier, in May, Tenet and Black had drafted “the Blue Sky paper”, urging for joint efforts to put an end to the al-Qaeda threat by “getting into the Afghan sanctuary, launching a paramilitary operation, creating a bridge with Uzbekistan.”

According to the ex-CIA chief, the White House chose to bury its head in the sand.

“The word back,” claims Tenet, “was ‘we’re not quite ready to consider this. We don’t want the clock to start ticking,’” meaning they didn’t want a paper trail revealing that they knew something might happen.

Black believes the US national security team didn’t take the threat seriously at the time.

“I think they were mentally stuck back eight years [before]…They were used to terrorists being Euro-lefties—they drink champagne by night, blow things up during the day, how bad can this be? And it was a very difficult sell to communicate the urgency,” he stressed.

In July, when the suggestions of Tenet and Coffer were confirmed as more evidence arrived, they asked for an emergency meeting with Rice, where she was told about the terrorists` intentions to destroy the US.

According to Tenet, Rice had asked: "What do you think we need to do?" Black responded by slamming his fist on the table and saying, "We need to go on a wartime footing now!”

“To me it remains incomprehensible still. I mean, how is it that you could warn senior people so many times and nothing actually happened? It’s kind of like The Twilight Zone,” Black said, describing the fateful meeting. In a classic episode of the 1960`s Sci-Fi TV series, `No Time Like the Past`, a time-traveler repeatedly tries to alter history to prevent deadly catastrophes and fails. Rice later stated in her memoir that she had thought the warnings were too routine to be considered important; she explained that they discussed threats “every day”.

In late July, the CIA group headed by Tenet gathered once again to discuss the impending threat.

“We were just thinking about all of this and trying to figure out how this attack might occur,” Tenet remembered. “And I’ll never forget this until the day I die. Rich Blee looked at everybody and said, ‘They’re coming here.’ And the silence that followed was deafening. You could feel the oxygen come out of the room. ‘They’re coming here.’”

In the aftermath of the terrorist attacks in New York, DC and Pennsylvania that resulted in nearly 3,000 deaths, Tenet told Politico he made the decision to leave the office.

“Well, look, there … I still look at the ceiling at night about a lot of things. And I’ll keep them to myself forever. But we’re all human beings,” concluded Tenet.