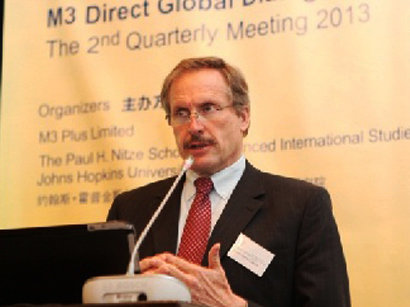 United States President Barack Obama has nominated Robert Francis Cekuta as a new ambassador to Azerbaijan, according to the White House website.

Since 2012, Richard Morningstar has occupied the position of U.S. Ambassador to Azerbaijan. His mandate expires in August 2014.

Robert Francis Cekuta, a career member of the Foreign Service, Class of Minister-Counselor, is the Principal Deputy Assistant Secretary in the Bureau of Energy Resources at the Department of State, a position he has held since 2011.

From 1999 to 2000, Cekuta served as a Senior Advisor in the Office of the U.S. Trade Representative. Cekuta was the Deputy Chief of Mission at the U.S. Embassy in Tirana, Albania from 1996 to 1999.

Earlier in his career, Cekuta directed a Kosovo task force and served in the Bureau of Near East and South Asian Affairs. He also served at U.S. Missions in Vienna, Austria; Baghdad, Iraq; Johannesburg, South Africa; and Sana`a, Yemen.