From Bangladesh flood map to the Bank of England, a `carbon bubble` is born 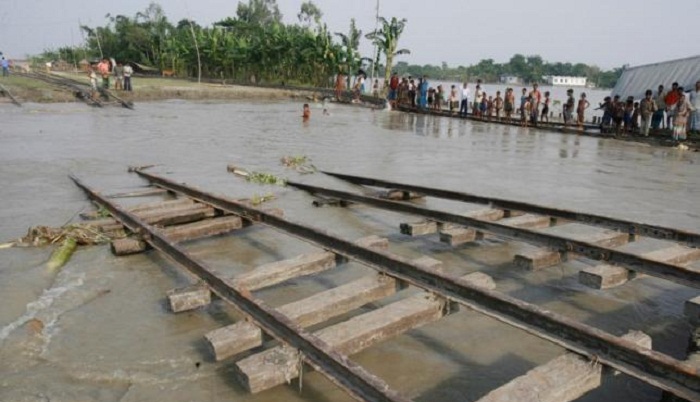 Poring over a Bangladeshi flood map as a London financial analyst 12 years ago, Mark Campanale had no idea the moment would spawn a financial concept powerful enough to rivet central bankers, anger oil moguls and fuel a grassroots movement to get investors to dump their fossil fuel holdings.
The map was in the prospectus of a British firm seeking to raise money to build a coal-fired power plant in Bangladesh. Not only was Campanale angry that a company would pump more carbon emissions into the air from a low-lying country vulnerable to climate change in the form of rising sea levels; he was also mystified that investors didn`t see the financial risks that went with it.

"I was offended that the markets weren’t picking up the risks, given what we knew about coal and climate change," Campanale recalls. "I thought: `This is mad`."

More than a decade later, Campanale`s eureka moment has grown into a powerful - and vigorously contested - theory: that energy investors are sitting on a $2 trillion "carbon bubble" because vast amounts of coal, oil and gas companies` reserves will never be extracted if the world is to limit itself to a rise in global temperatures of 2 degrees Celsius over pre-industrial levels.

The concept has rippled out from that Bangladeshi map to become part of the climate change lexicon. It has formed the basis for warnings about "stranded assets" by Bank of England Governor Mark Carney and inspired groups like Norway`s sovereign wealth fund to divest billions in fossil fuel holdings.

It has also been embraced by green activists usually hostile to market solutions for climate change, igniting a global campaign to get investors to divest from fossil fuels. It has resonated across global climate change talks in Paris this week, even if it has not yet entered the formal agenda.

The concept "shifted the argument fundamentally from an ethical or moral issue into one which has an impact on risk to portfolios", says Charlie Thomas, manager of Jupiter Asset Management`s Ecology Fund, valued at 429 million pounds ($648 million).

Fossil fuel companies vigorously dispute the claim that their assets will ever be stranded, many saying the phrase is a political lever for radical green activists, not a lens for serious financial analysis. Oil and gas firms bristle at being lumped into the debate alongside carbon-intensive coal.

But Campanale maintains the pioneering work he and his colleagues conducted was never about politics.

“We weren’t thinking of a political narrative at all,” he says. “We said there are risks riddled across the system, and that the answer to the carbon bubble was to address the regulatory challenges.”

In the years following the Bangladeshi prospectus, Campanale began honing the issue with Nick Robins, a former HSBC analyst, and Jeremy Leggett, an oil and gas consultant-turned-environmental-activist. In the early days, they called the phenomenon "unusable reserves". It didn`t stick.

After the failed 2009 climate summit in Copenhagen, Leggett wrote an opinion piece in Britain`s Guardian newspaper highlighting long-term risks to coal investments. The article caught the attention of Joanna Messing, executive director of the Growald Family Fund, a philanthropic fund co-founded by the youngest child of David Rockefeller.

Messing made a cold call to Leggett, asking about his theory and "whether he had an idea about how to take action”, she said.

Funding from the Rockefellers and others quickly followed, allowing Campanale, Leggett and ex-WWF policy adviser James Leaton in 2010 to launch Carbon Tracker, a London-based think tank focused on the financial impact of climate change.

Their breakthrough was a 2011 report called "Unburnable Carbon - are the world`s financial markets carrying a carbon bubble?", which concluded that 80 per cent of world`s reserves would have to stay in the ground if the world was to meet its 2 degree target.

Carbon Tracker printed only a hundred or so copies, distributing them to London investment managers and analysts.

"I did think at the time that, once we`d launched the research, it was `job done`," Campanale said.

But they pushed the concept at financial gatherings, lobbying executives at the annual Davos Economic Forum and wooing Bank of England chief economist Andrew Haldane with the idea of a sub-prime mortgage-style threat to the financial system.

It was their Rockefeller connection that introduced the concept to American activist circles. A program director at the Rockefeller Brothers Fund gave one of the copies to Canadian author and activist Naomi Klein, who passed it along to prominent U.S. environmentalist Bill McKibben.

McKibben, a long-time writer on climate change who converted his network of readers into the powerful 350.org grassroots movement, says it took him some time to work out the report`s significance.

But the following summer, his article "Global Warming`s Terrifying New Math", published in Rolling Stone magazine, introduced the carbon bubble to a new audience of students and church groups, grist for their nascent campaigns to get investors to divest from fossil fuels.

FROM ROLLING STONE TO SNOWBALL

It was "maybe the most-shared thing I`d written since my original book on climate change way back in 1989," McKibben said.

The religious Sisters of St. Dominic of Caldwell, New Jersey, got the message. In April 2013, they proposed a resolution at ExxonMobil`s shareholder meeting arguing that "sooner or later, restrictions on carbon emissions will be necessary", according to Exxon`s SEC filing.

"This has led economists to fear a ‘carbon bubble’ as current investments may be stranded," they wrote. The motion was rejected by 73.3 percent, but the phrase had been used in a U.S. disclosure for the first time.

In the last few months alone, New York`s attorney general has forced one coal concern, Peabody, to disclose its own assessments of the risks it faces from any increased regulation of greenhouse gas emissions, and begun investigating oil giant Exxon Mobil Corp on similar grounds.

After first ignoring the issue, the energy industry has begun to fight back, though splits have appeared in the process.

Oil and gas companies, especially in Europe, increasingly distance themselves from coal, which they regard as far more vulnerable to the bubble argument.

"Of the 2.8 trillion tonnes of carbon bubble, two-thirds of it is coal," Royal Dutch Shell`s chief financial officer Simon Henry told Reuters. He says only 1.5 percent of the total is held by international oil and gas companies. "This idea of stranded assets is just arithmetic nonsense."

Indeed, coal is suffering most. On the eve of the Paris conference, a $34 billion state pension fund in Sweden pulled out of 28 coal companies, and Allianz, Europe`s biggest insurance firm, said it would cease investing in coal-heavy mining and utility firms.

"What was an obscure report three years ago is now the talking points of the World Bank, the IMF and so on," says McKibben. "It`s become clear we simply have to keep the carbon in the ground."