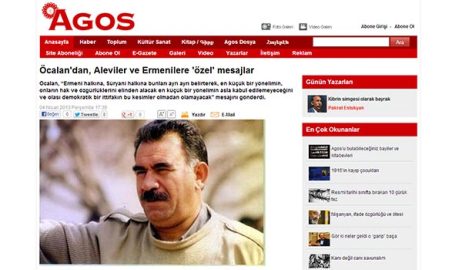 Istanbul-based Armenian-Turkish newspaper Agos reports that the message was forwarded through the Kurdish Peace and Democracy party co-chairman Selahattin Demirtas who met with Ocalan in Imrali Island on Wednesday.

“From now on any initiative that will be aimed at violating the rights and freedoms of the Armenian and Assyrian peoples will be unacceptable. There can be no democracy without that,” said Ocalan, as relayed by the Kurdish politician.

According to the source, Demirtas also said Ocalan is determined to continue his fight.