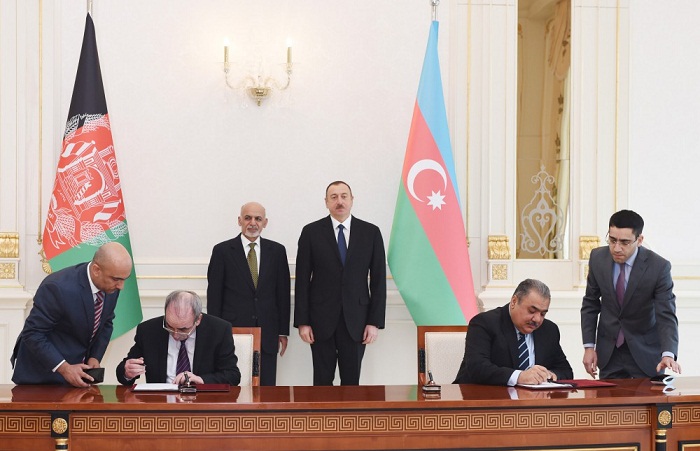 Azerbaijani Ministry of Labor and Social Protection of Population and Afghanistan’s Ministry of of Labor, Social Affairs, Martyrs and Disabled signed a memorandum of understanding "On cooperation in the sphere of labor, social protection and employment”.

The document was signed by Azerbaijan’s Minister of Labor and Social Protection of Population Salim Muslumov and Afghanistan’s Foreign Minister Salahuddin Rabbani.

Moreover, the sides signed an agreement “On cooperation between Azerbaijan Television and Radio Broadcasting Closed Joint-Stock Company and the National Radio Television of Afghanistan”.

The agreement was signed by head of the Azerbaijani closed joint-stock company Arif Alishanov and Sultan Ahmad Bahen on behalf of Afghanistan’s National Radio Television.