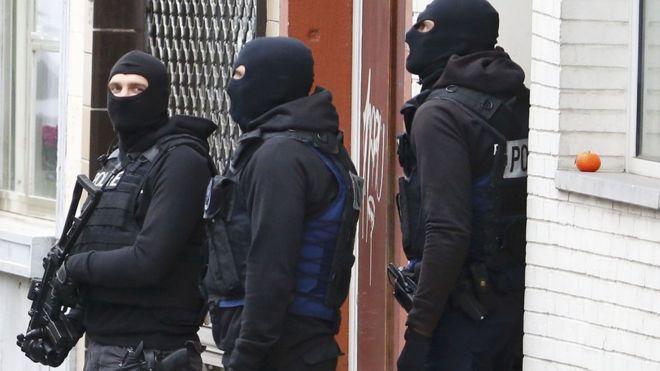 Belgian prosecutors believe they may have found a Brussels apartment where one of the Paris jihadists hid after the 13 November attacks.
Police found traces of explosives and a fingerprint of fugitive Salah Abdeslam in an apartment in the Schaerbeek district.
The apartment had been rented in a false name, that might have been used by a person already in custody.

Islamic State (IS) suicide attackers killed 130 people in the attacks.

The Belgian federal prosecutor`s office said that traces of the explosive TATP (acetone peroxide) and three handmade belts that might be used to transport explosives were found in the raid on 10 December in Rue Berge.

Police are still searching for Abdeslam, 26. They believe he took part in the attacks before contacting friends in Belgium to drive him back over the border to Brussels. A French national, he was born in Brussels.

Just hours after the attacks French police pulled over his VW Golf car near Belgium, but then let him travel on in the car with two others.

He is believed to have rented a VW Polo car in Belgium, which was later found near the Bataclan concert hall in Paris where 89 people were killed. But he also rented a Renault Clio and reserved two hotel rooms outside Paris before the attacks.

His precise role in the attacks themselves is unclear, although his brother Brahim blew himself up. Salah Abdeslam is thought to have played a logistical role. 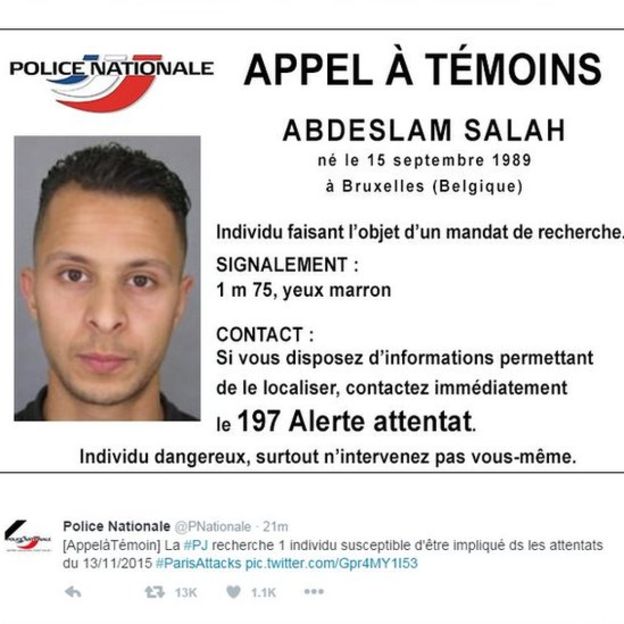 The Paris attacks are believed to have been at least partly planned in Brussels. Belgian police have arrested 10 people in the investigation, including one who rented the apartment in Schaerbeek. The district is central, just north of the EU institutions.

Among the 10 held are Mohammed Amri et Hamza Attou, suspected of having brought Salah Abdeslam back to Brussels from Paris.

Immediately after the attacks, the police focused their searches on Molenbeek, in western Brussels, where some of the attackers were known to have lived.

The suspected ringleader was Abdelhamid Abaaoud, a Belgian national. He and his cousin Hasna Aitboulahcen died in a fierce gun battle five days after the attacks, when police raided a flat in Paris where they were hiding, heavily armed. 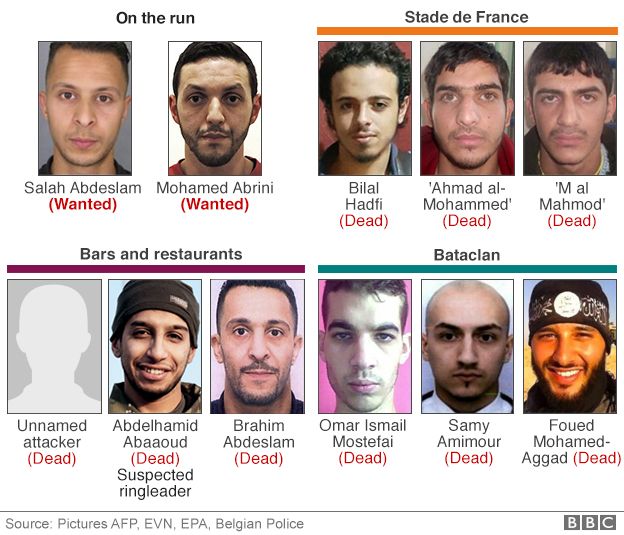 The prosecutor`s office told the BBC that the fingerprint found was not dated, and it would be very hard to determine the date.

They believe that the Scharbeek flat was used only by the Belgian attackers - including Abdeslam - who went to the apartment, got the explosive belts, and then went to Paris.

They believe that Salah Abdeslam did however go back to the flat in Schaerbeek because he probably thought it would be the only place where he could be safe after the attacks. Their theory is that somebody drove him there, and dropped him not far from that Schaerbeek address, right after the Paris attacks.