Spain`s Princess Cristina to go on trial for fraud 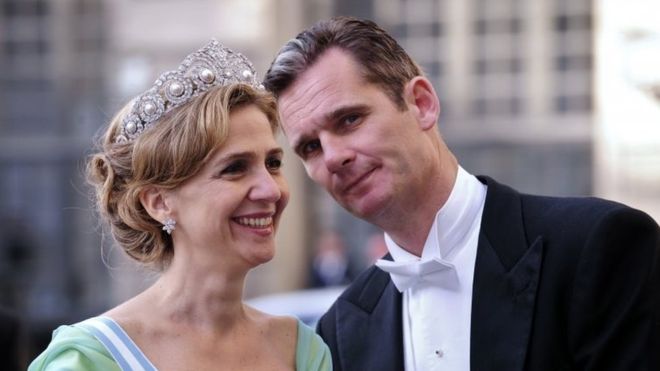 Spain`s Princess Cristina is due to appear in court on fraud charges - the first member of the country`s royal family to be put on trial.
She is charged with being an accomplice in an alleged embezzlement scam involving her husband and 16 other defendants, who all deny the charges.

Princess Cristina, 50, faces eight years in jail if found guilty by a three-member panel of judges. The trial in Palma, Majorca is seen as an embarrassment for the royal family.

On Monday, King Felipe`s sister will make history in front of millions of TV viewers across Spain as the first royal family member to face criminal charges since the restoration of the monarchy in the 1970s.

Princess Cristina is accused of being an accomplice to tax fraud, along with her husband Inaki Urdangarin.

His supposedly non-profit Noos Institute sports foundation was allegedly used as a vehicle to win falsely inflated contracts from regional government bodies, before channelling the money to personal accounts via tax havens.

Princess Cristina was a board member at the foundation and, with Mr Urdangarin, co-owned a real estate company called Aizoon, which prosecutors say was used to launder embezzled funds.

The case was launched in 2010 by a judge investigating corruption among Balearic Islands officials. It has become highly symbolic of perceived corruption among Spain`s elites, including the royal family.

Last year, King Felipe stripped his sister of the title of Duchess of Palma, but she remains sixth in line to the throne.