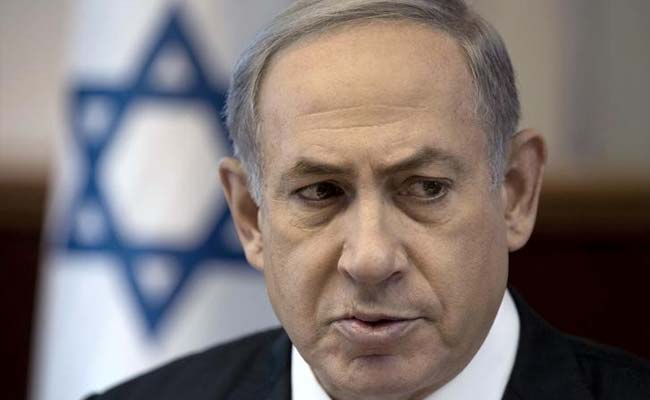 Israeli Prime Minister Benjamin Netanyahu called on Sunday for a more "sober" approach toward the Israeli-Palestinian conflict in dismissing a French peace initiative as only encouraging Palestinians to shun compromise.

The proposal on Friday by French Foreign Minister Laurent Fabius for an international peace conference was the latest sign of Western frustration over the absence of movement toward a two-state solution since the collapse of U.S.-brokered negotiations in 2014.

Fabius said that if the French plan did not break the deadlock, Paris would recognize a Palestinian state.

Such a step would raise concern in Israel that other European countries, also long opposed to its settlement-building in occupied territory, would follow suit.

In public remarks to his cabinet, Netanyahu did not explicitly reject the notion of an international conference - an aide said Israel would examine such a request once it was received - but he made clear that reported details of the plan made it a non-starter.

Netanyahu said a "threat" to recognize a Palestinian state if France`s peace efforts did not succeed constituted "an incentive to the Palestinians to come along and not compromise".

"I assess that there will be a sobering up regarding this matter," Netanyahu added. "In any event, we will make effort so that there is a sobering up here, and our position is very clear: We are prepared to enter direct negotiation without preconditions and without dictated terms."

But Washington responded with caution to the French move, saying it continued to prefer that Israel and the Palestinians reach an agreement on final-status issues through direct talks.

While aware the initiative may struggle to get off the ground, French officials said Paris had a responsibility to act now in the face of ongoing Israeli settlement activity and the prospect of continued diplomatic inaction as the United States focuses on a presidential election in November.

And, the officials said, Netanyahu had gone a step too far in accusing U.N. Secretary of State Ban Ki-moon of giving a "tailwind to terrorism" by laying some of the blame for four months of stabbings and car rammings by Palestinians at Israel`s door. Ban angered Israel by saying last week that it is "human nature to react to occupation".

The United States, European Union - Israel`s closest allies - have also issued unusually stern criticism of Israel in recent weeks, reflecting their own frustration with the policies of Netanyahu`s right-wing government.

The criticism, particularly about the settlements, where

across the West Bank and East Jerusalem, has raised Palestinian

hopes that world powers might finally be minded to support a

Since October, Palestinian attacks, partly fueled by tensions over the freeze in peace talks, have killed 26 Israelis and a U.S. citizen.

Shortly after that attack, a Palestinian motorist was shot and wounded when he tried to run down soldiers at a military checkpoint in the West Bank, the army said.

Over the past four months, Israeli forces have killed at least 152 Palestinians, 98 of them assailants according to authorities. Most the others have died in violent protests.

"I don`t see anything that warrants living as long as the occupation smothers us and kills our brothers and sisters ... You were first and I am following you," the Beit El assailant, Amjad Abu Omar, wrote on Facebook.

Palestinians seek a state in Gaza, the West Bank and East Jerusalem, parts of which have been occupied by Israel since the 1967 Middle East war. Palestine has non-member observer status at the United Nations and its flag flies with those of member states at UN headquarters in New York.

Sweden became the first EU member nation to recognize the Palestinian state in 2014. A total of 136 U.N.-member countries, mostly in Africa, Latin America and Asia, now do so.