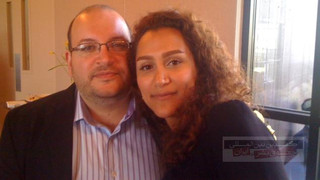 Iran has released the journalist Yeganeh Salehi who was arrested almost three months ago alongside her husband, the Washington Post`s Tehran correspondent Jason Rezaian, an official said Monday.

Rezaian, who holds dual US-Iranian citizenship, remains in custody but Salehi, an Iranian, was freed on bail in the middle of last week, the official said, confirming an earlier report by the Post.

The couple`s detention has attracted considerable attention given the ongoing talks between Iran and the United States and other world powers over the Islamic republic`s disputed nuclear programme.