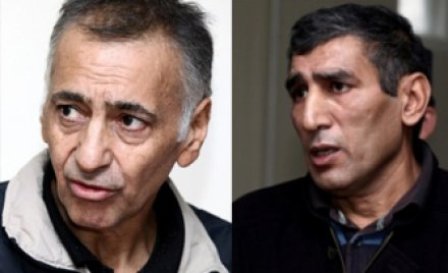 It was offered to adopt an appeal to the European Court of Human Rights and other international organizations to protect their rights.

MP Fazil Mustafa said though the separatist regime held the so-called “trial”, famous Russian lawyers could protect their rights, adding that a lawyer named Bahruz Mammadov said yesterday that he could do his best for the protection of their rights.

“He also asked for security guarantee instead. Azerbaijan does not recognize the independence of the separatist regime, but Russian lawyers can protect their rights, because Dilgam Asgarov is a citizen of Russia,” he said.

MP Igbal Aghzadeh asked the parliament instruct him in the protection of the Azerbaijani hostages’ rights through international organizations.

“We should try to protect their rights. I’m ready to do my best in this issue. I can appeal to relevant international organizations in this regard. I think we need to immediately organize the protection of their rights,” he added.

“A fake judicial procedure was launched on our citizens. We should to appeal to the international organizations and raise an issue before the relevant organizations. Otherwise, it seems that Armenians are not going to release the Azerbaijani hostages.”

Vice-speaker Bahar Muradova noted the importance of releasing the Azerbaijani hostages and opposed the proposal to send a lawyer to them recognizing the so-called “trial”.