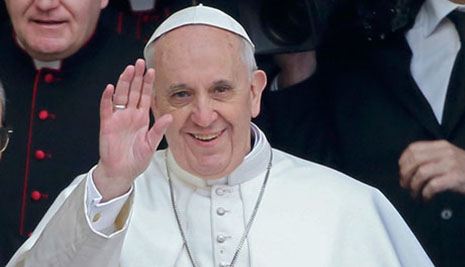 Reportedly, after an official meeting at the airport, a delegation led by the pope will visit the mausoleum of Mustafa Kemal Ataturk, the first president of Turkey.

Francis will then meet with Turkish President Recep Tayyip Erdogan in a new presidential palace.

It is also scheduled to hold meetings with the Prime Minister Ahmet Davutoglu and the Head of the Religious Affairs Directorate Mehmet Gormez.

TRT Haber said that on Saturday, Nov. 29, Pope Francis will depart for Istanbul, where he will visit the Hagia Sophia mosque-museum, which is considered one of the Christian holy places.

It is also expected that the pope will visit the Sultan Ahmed Mosque, which is the central mosque of Istanbul.

Francis is the fourth pope, to visit Turkey.

Pope Paul VI was the first pope to visit Turkey in 1967. Then, in 1979, Pope John Paul II visited the country.

Pope Benedict XVI was in Turkey in 2006.