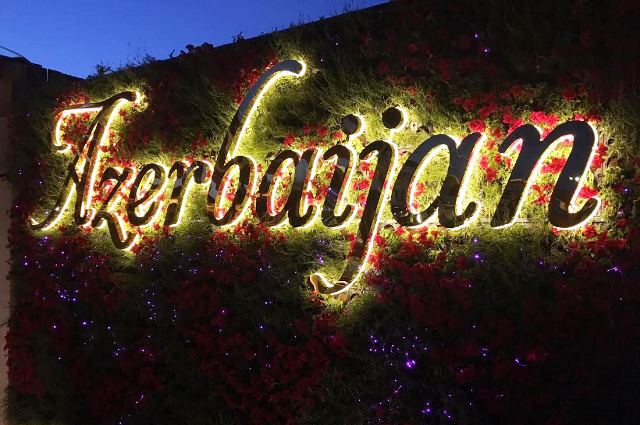 Azerbaijan Pavilion opened at the “Antalya Expo 2016” with the support of the Heydar Aliyev Center.

Adil Kerimli, the deputy chief of the Heydar Aliyev Center, the head of the project on Azerbaijani national pavilion in “Antalya Expo 2016”, the Minister of Agriculture Heydar Asadov and Faiq Baghirov, the Azerbaijani ambassador to Ankara represent Azerbaijani delegation at the exhibition.

Rich fauna of Azerbaijan, its unique biodiversity and viticulture, as well as ancient Azerbaijani carpets are demonstrated in the exhibition.

Antalya`s Expo 2016 opened Friday with hopes that the six-month food-themed world fair will be a catalyst for a tourism industry revival in the southern Turkish province, located on the Mediterranean Sea coast, Anadolu Agency reported.

The expo, one of the most important horticultural exhibitions in the world, is expected to attract 8 million visits over six months and aims at constituting a permanent and unique tourist attraction for the region.

"This Expo is the culmination of many years of work and today we witness the magnificent result of all this hard work," said Bernard Oosterom, president of the International Association of Horticultural Producers (AIPH).

"I am convinced that this Expo opens the way for Turkey to host many other major international events but always remember, it started here!" Oosterom said.

"The expo has the potential to change the lives of a generation and it is the responsibility of all of us here to promote this message throughout the world. The world has come to Antalya and now it is up to Antalya to make its mark on the world," Oosterom added.

"Together with Turkey, 53 countries, from 4 continents, have put innovation, art, technology and imagination at the service of the beauty and the poetry of gardens," Vicente Gonzalez Loscertales, secretary-general of the Paris-based Bureau International des Expositions (BIE), which oversees the major world expositions.

"Their gardens reflect the cooperation, the goodwill and the commitment of the international community to protect, to preserve and to enhance the diversity and the promises of nature," Loscertales said.

Loscertales said that visitors will not only experience the beauty of nature, but they will equally enjoy a wide range of cultural programs and activities -- music, dance and other performances from around world -- that will transform the Expo site into a festival.

"Even though as an event, Expo 2016 will only last six months, its setting and gardens will stay. These gardens will actually do more than stay: they will continue to grow and they will provide better common spaces for the people of Antalya. The everlasting legacy of Expo will remain not only as a physical footprint but also in the vision and spirit of the citizens," Loscertales added.

A number of activities have also been scheduled throughout the Expo to enable children to develop environmental awareness and responsibility.

Issues such as global warming, ecological farming, the protection of biodiversity, sustainability and food security will also be addressed.

There are several ambitious gardens inside the exhibition site, including a 3,150-square- meter Chinese garden called Moon`s Jewel and a 1,200-square-meter Japanese garden.