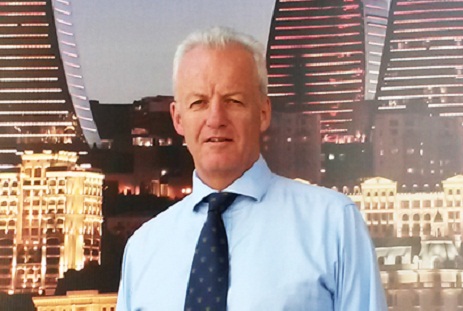 The inaugural European Games to be held in Baku, Azerbaijan in 2015, have generated media interest, Simon Clegg, Baku 2015 Chief Operating Officer said in this interview with Reuters.

He said the preparations for the European Games are on schedule.

Broadcasting rights have been sold to a number of European TV channels (90 percent of territories in Europe), as well as 21 states in North Africa, Middle East and Japan, said Clegg.

"It`s way beyond my expectations," he added. "There are still deals in the pipeline in North America with Canada and the United States and the whole of Latin America."

Clegg said soccer will be represented only by the beach game at the first European Games.

Clegg said his successor for the 2019 edition would have an easier job using blueprints and reducing the cost as energy-rich Azerbaijan had the cash to spare to build a lot of the venues from scratch in a short period of time.

"The message to the second Games is `look what has been delivered in just 30 months. Think what you can do if you have four years`," he said.

Baku 2015 is the first ever European Games, an exciting and innovative multi-sport event for the continent which will take place from 12 – 28 June 2015.

Baku was awarded the Games by the European Olympic Committees (EOC) in December 2012. The Baku European Games Operations Committee (BEGOC) will organize and run the Games in co-operation with the EOC.