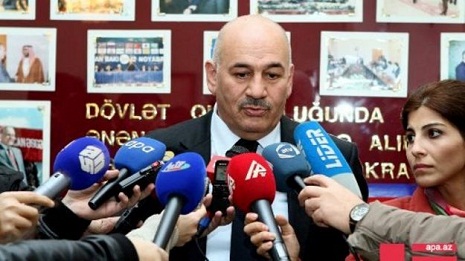 "Hasan Hasanov did not take part in his interrogation"

“Armenian reports on Hakob Injighulyan being tortured are untrue”, said Head of the Working Group of the Azerbaijani State Commission on Prisoners of War, Hostages and Missing Persons Firudin Sadigov, AzVision.az reports.

The Commission official said Hakob Injighulyan repeatedly talked with media representatives after he crossed into Azerbaijan.

“There are photos taken when he crossed the line of contact and was handed over to Armenia. A man who is tortured cannot be in such a state and put on weight. During the so-called trial of Shahbaz and Dilgam, Armenian claimed that they allegedly killed an Armenian officer and wounded a woman. Later, Armenian media reported that the officer and the women were in a relationship. And they began to raise the issue of Hakob Injighulyan, claiming that Hasan Hasanov allegedly took part in his allegation in Baku. All of these claims are untrue.

Hakob Injighulyan surrendered to the Azerbaijani side on August 8, 2013 after crossing the line of contact, and was handed over to Armenia on August 29, 2014.