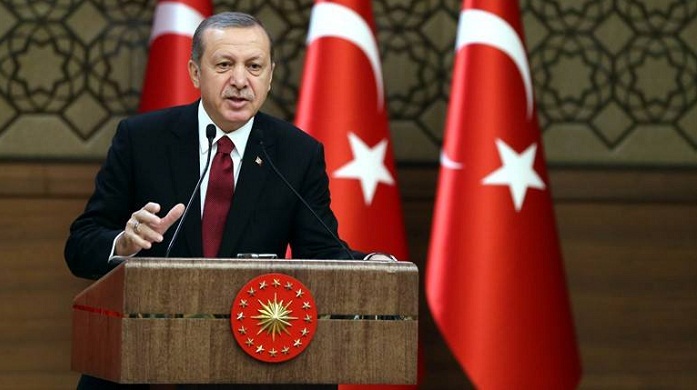 Turkey’s President Recep Tayyip Erdogan has decided to withdraw all the lawsuits filed against the leaders of the country’s oppositional political parties, the TRT Haber news channel reported July 27.
The president made this decision after the meeting with head of the oppositional Nationalist Movement Party (MHP) Devlet Bahceli and leader of the Republican People’s Party (CHP) Kemal Kilicdaroglu.

Erdogan filed a lawsuit against MHP and CHP leaders in May for the personal insult.

Leaders of all political parties in Turkey supported the country’s authorities during the military coup attempt.

On July 15 evening, Turkish authorities said a military coup attempt took place in the country. Meanwhile, a group of servicemen announced about transition of power to them.

However, the rebelling servicemen started to surrender July 16 and Turkish authorities said the coup attempt failed. Turkey’s President Recep Tayyip Erdogan said that the death toll as a result of the military coup attempt stood at 246 people excluding the coup plotters and over 2,000 people were wounded.

Erdogan declared a three-month state of emergency in Turkey on July 20.