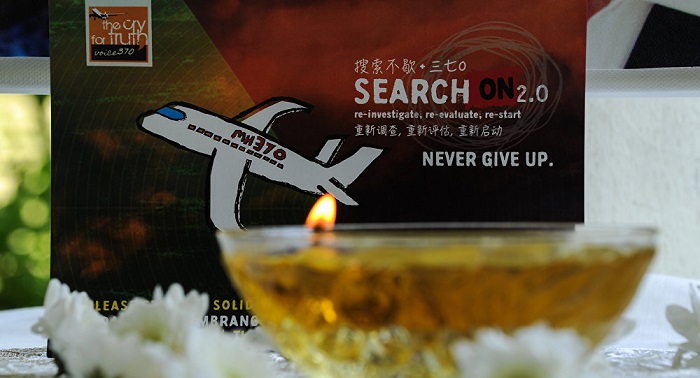 Two US attorneys seek to jointly represent relatives of 32 passengers presumed killed in the crash of missing Flight MH370 in the largest legal action against Malaysian Airline System Bhd (MAS).
The group of relatives first applied in August to Steven Marks and Roy Kalman Altman to represent them in their suit. According to family members, they failed to find local lawyers with enough aviation knowledge to help them win their civil case.

"There are no other lawyers in Malaysia with such expertise and experience in handling aviation matters," said the plaintiffs` representative Michael Yap, as cited by the New Straits Times.

Marks, a lawyer based in Miami, has acted as lead trial counsel for a number of victims of general aviation and military accidents, many involving foreign claimants, according to his official website. He has handled numerous airline accidents, including a Silk Air crash between Jakarta and Singapore in 1997 and the 2010 American Airlines Flight 331 crash in Jamaica.

Marks` colleague Altman is a winner of the Federal Bar Association`s annual "Top Young Lawyer Award." He represents the family of Phillip Wood, one of the American passengers from the disappeared Malaysian Airlines flight. The application has been scheduled for a hearing in late October. Judge Hanipah binti Farikullah told Marks and Altman to turn in their paperwork Friday so that she could make a decision on whether they could appear on behalf of the victims` families next week.

More than 230 people were aboard MH370 when it vanished without a trace after communications were cut during a routine flight from Kuala Lumpur to Beijing on March 8, 2014.

The next of kin of 32 passengers filed a collective lawsuit March 7, claiming that the presumed crash of the plane and deaths of their loved ones were due to negligence by the airline. They accuse MAS of breaching the contract of carriage, which says it is responsible for the airworthiness of the aircraft and the safety of people on board.