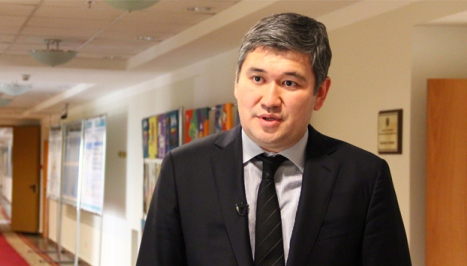 Kazakhstan`s Financial Police Agency has detained the Deputy Minister of Education and Science Sayat Shayakhmetov and General Director of `Management of Education and Science Projects Construction` A. Pak, the press service of the financial police reported.
Earlier the Financial Police Agency launched a criminal investigation on the misappropriation of budget funds in the amount of about $1.5 billion tenge (150.95 tenge = $1) while constructing an educational facility for 700 pupils in the city of Ust-Kamenogorsk.

The criminal case is under investigation, any other information has not been disclosed in the interests of the investigation.