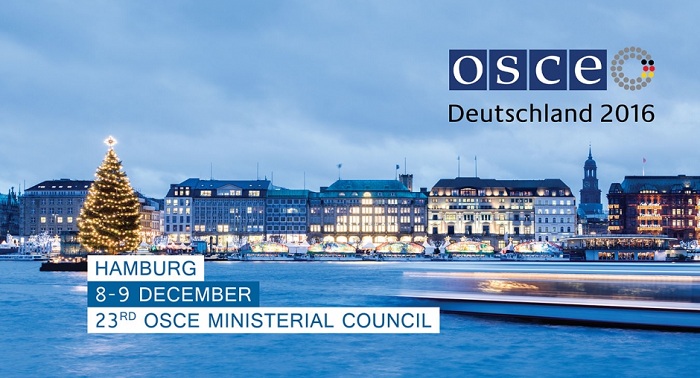 The 23rd OSCE Ministerial Council kicked off in Hamburg, Germany on Dec. 8.

Foreign ministers of member countries of the Organization for Security and Cooperation in Europe (OSCE) will gather in Hamburg for an annual meeting on Thursday.

They will discuss problems of European security following the events that changed the status quo on the European continent - Brexit and Donald Trump’s victory at US presidential elections.

The situation in Ukraine will also be on top of the agenda. Moreover, Germany that chairs OSCE this year plans to initiate a broad dialogue on new approaches to arms control in Europe and on strengthening the role of the organization in responding to conflicts.

Russia will traditionally be represented by Foreign Minister Sergey Lavrov. Moscow considers the upcoming meeting as a platform "for political dialogue at the high ministerial level, open discussion of concerns and common challenges and restoration of trust between countries," Russian Foreign Ministry’s official spokeswoman Maria Zakharova said on Wednesday.

The participants in the meeting also hold a series of bilateral contacts on the sidelines of the main event. On December 7, Lavrov already held separate meeting with US State Secretary John Kerry and German Foreign Minister Frank-Walter Steinmeier.