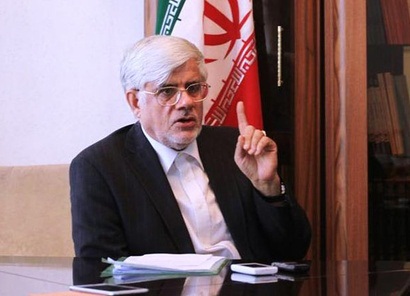 Iranian presidential candidate Mohammad Reza Aref says he will do his best for the progress of the Islamic Republic if elected in the country`s upcoming presidential election, Press TV reported.
The reformist candidate said in a televised Q & A session with Iranian expatriates on Sunday that he has a 22-chaptered operational plan, which would be carried out by the help of the Iranian nation.

Aref said he has worked as an executive for three decades, and that he will make efforts to improve Iran`s status in the world by promoting democracy.

The former vice-president added that the four million Iranians living abroad are the cultural ambassadors of Iran, and could help the country improve relations with other states.

Late on Tuesday night, Iran`s Interior Ministry issued the list of hopefuls approved by the Guardian Council to run in the country`s 11th presidential election, which will be held on June 14.

The president of Iran is elected for a four-year term in a national election, and the Guardian Council vets the candidates.