Ex-CIA officer: No evidence of Russian gov`t involvement in US election 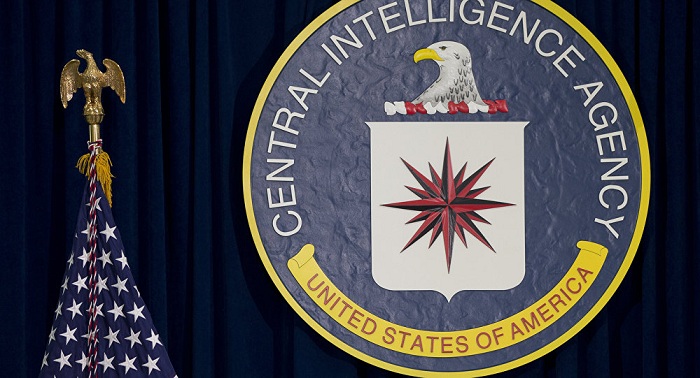 Philip Giraldi, former CIA officer and current executive director of the Council for the National Interest, has dissected public statements regarding the claims that Russia hacked the Democratic Party on behalf of Trump, and has concluded that evidence is lacking.
In a report for American Conservative, Giraldi detailed that the CIA report claims to represent intelligence community consensus on the issue, and that the use of the word “consensus” implies that there was dissent over the conclusions. He also noted that there is a suggestion that not all representatives of the community signed off on the final draft.

“It is also important to note how critics of Russia in Congress, including Republican Sens. John McCain and Lindsey Graham, are already exploiting the allegations to block any possible initiatives by Trump to improve ties with Moscow, which might have serious consequences down the road,” Giraldi noted.

Giraldi explained that, to understand what is being alleged, one must rely on media reports from shadowy “unnamed sources,” as neither the CIA nor the White House has made public the classified report.

“Some anonymous government officials are reportedly conceding that the direct link from the Russian government to the actual hackers and then on to the disseminators of the information is lacking,” Giraldi wrote. “If the intelligence community is nevertheless claiming that they know enough to conclude that it was directed from the top levels of the Russian government, then they should be able to produce documentary or other evidence of officials’ ordering the operation to take place.”

In other words, Giraldi observed, if the CIA wants to maintain credibility, it must produce the report containing the evidence, and that evidence must be clear, even if the document contains redactions.

“Do they have that kind of information? It is clear that they do not, in spite of their assertion of ‘high confidence,’” Giraldi said. “And there is a suggestion by Republican Rep. Devin Nunes, a persistent critic of Russian spying who is on the House Intelligence Committee, that the information they do have consists of innuendo and is largely circumstantial.”

Instead, Giraldi believes that the intelligence community simply has bits and pieces of information it has gleaned over the previous election cycle. The former CIA officer stated that his ex-employer and its allied security groups in the US are likely presuming that it was the Russian government.

Giraldi believes that because of former-candidate Hillary Clinton’s open hostility toward Russia, and Trump’s eagerness to mend fences, it would be unsurprising if the Kremlin sought to bolster the Trump campaign in support of their own self-interest.

“The CIA certainly uses its media assets worldwide to place stories supportive of politicians and parties favored by the administration in power in Washington,” he said. “I would have to assume that President Barack Obama has, for example, approved CIA-generated favorable press coverage of endangered politicians like Chancellor Angela Merkel of Germany, whose policies he strongly supports.”

The spy-turned-pundit suggested that the lesson to be learned here is not that Russians allegedly promoted a candidate they favored, or that information shared digitally is no longer private, it is that there are consequences for aspirants to high office if they are careless with their words.

“The lesson is not that the Russians spied on the United States and covertly assisted a candidate they favored. That should be a given, well understood by people in the White House and elsewhere in the administration,” Giraldi said, also noting, “That information is no longer private in an age where electronic intrusion or hacking can be run out of someone’s garage should also be a given. But when aspirants to high office are careless in what they say, when they say it, and how they communicate to associates, there will be consequences.”