Iran, India to begin new round of gas talks 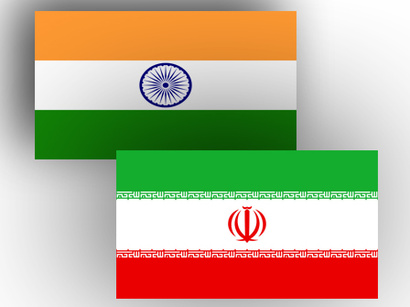 Iran will be ready to change the path of Iran-India gas pipeline in case New Delhi increases its gas imports volume to the figures before the implementation of sanctions against Tehran.
Iran is also ready to lower the price of gas exports, as well as granting a production sharing contract to India for developing Farzad B gas field, the ISNA News Agency reported.

The issues will be discussed during the upcoming visit of Iranian Oil Minister Rostam Qasemi to New Delhi.

Production sharing agreements are a common type of contract signed between a government and a resource extraction company (or group of companies) concerning how much of the resource (usually oil) extracted from the country each will receive.

In production sharing agreements the country`s government awards the execution of exploration and production activities to an oil company. The oil company bears the mineral and financial risk of the initiative and explores, develops and ultimately produces the field as required.

When successful, the company is permitted to use the money from produced oil to recover capital and operational expenditures, known as "cost oil".

Farzad B will be Iran`s first production sharing contract.

India has repeatedly declared its readiness to join the Iran-Pakistan natural gas pipeline project, referring to the project as beneficial.

Iran plans to hold similar talks with China once India joins the project.

Iranian officials say that the pipeline will ultimately make it possible to export 150 million cubic meters per day of natural gas to Pakistan, India and China.

According to the Fars News Agency, New Delhi eyes to import 90 million cubic meters of gas from Iran through the pipeline.

Iranian contractors are building around 800 kilometers of the pipeline within the Pakistani territory.

India will have to build 600 kilometers more, if it decides to join the multi-billion-dollar energy project.

Indian Minister of Petroleum and Natural Gas Veerappa Moily had said in March that the pipeline project was beneficial for India.

The Iran-Pakistan gas pipeline, projected to cost $1.2-1.5 billion, would enable the export of 21.5 million cubic meters of Iranian natural gas to Pakistan on a daily basis. Iran has already constructed more than 900 kilometers of the pipeline on its soil.

The pipeline`s construction plan was officially started on March 11. The pipeline is projected to come on stream in 2014.

Iran plans to extend its 7th cross-country pipeline from Southwestern port city of Assaluyeh to the southeastern city of Iranshahr, and from there to the Pakistan border. By extending the pipeline Iran can also supply gas to its eastern provinces.

An Iranian contractor will lay some 780 kilometers of pipeline in the Pakistan soil in 22 months, he said.

Iran and Pakistan have devised a plan to finance the gas pipeline on Pakistan`s side without the need for Islamabad to transfer funds to Tehran.

Based on the agreement, Tehran will grant a $500-million loan to Tehran-based Tadbir Energy Development Group, which is responsible for laying a pipeline in Pakistan under the multi-billion-dollar project.

Discussions between the governments of Iran and Pakistan started in 1994. A preliminary agreement was signed in 1995.

This agreement foresaw construction of a pipeline from South Pars gas field to Karachi in Pakistan. Later Iran made a proposal to extend the pipeline from Pakistan into India.

In February 1999, a preliminary agreement between Iran and India was signed.

In April 2008, Iran expressed interest in the People`s Republic of China`s participation in the project. In August 2010, Iran invited Bangladesh to join the project.

In 2009, India withdrew from the project over pricing and security issues.

However, in March 2010 India called on Pakistan and Iran for trilateral talks to be held in May 2010 in Tehran.