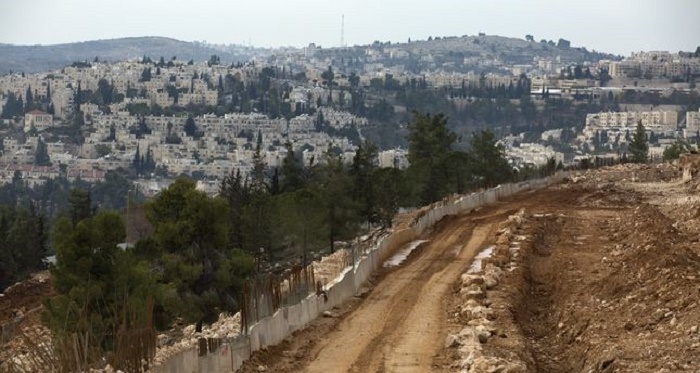 The U.N. Security Council will vote on Friday on a resolution demanding an end to Israeli settlements, defying pressure from U.S. President-elect Donald Trump as well as Israel and several U.S. senators who urged Washington to use its veto.

The United States is likely to abstain on the resolution, which was abruptly withdrawn by council member Egypt on Thursday but later presented by four other members. This would be a relatively rare step by Washington, which usually shields Israel from such action.

A U.S. abstention would be seen as a parting shot by U.S. President Barack Obama who has had an acrimonious relationship with Israeli Prime Minister Benjamin Netanyahu and who has made settlements a major target of peace efforts that have proven ultimately futile.

Even if the resolution is adopted, it will unlikely result in any major change in one of the thorniest Middle East conflicts. Netanyahu and Trump, who have both called for a veto, are expected to have a more amicable relationship.

A senior Israeli official said on Thursday that if adopted there was "zero chance" the Israeli government would abide by the measure. Under the U.N. Charter, U.N. member states "agree to accept and carry out the decisions of the Security Council."

New Zealand, Malaysia, Venezuela and Senegal, who were co-sponsors of the draft resolution, have requested the vote, which diplomats said would take place about 2 p.m. (1900 GMT).

The 15-member council had been due to vote on Thursday, but Egypt withdrew the draft resolution, under pressure from Israel and Trump, who spoke with Egyptian President Abdel Fattah al-Sisi.

On Friday, Israel`s ambassador to the United Nations, Danny Danon, called on Washington to "stand by" Israel. In one of the harshest personal attacks by Netanyahu`s government, a senior Israeli official said Obama and Secretary of State John Kerry pushed a "shameful" draft anti-settlement resolution at the U.N. Security Council.

A senior U.S. official said the Obama administration has not been involved in crafting or promoting the resolution.

U.S. Senator Lindsey Graham, who oversees the Senate subcommittee that overseas U.S. funding for the U.N., threatened on Friday to pull financial support for the international body if it moves forward with a vote and for any nation that backs the measure.

U.S. Senators Chris Coons and Joe Manchin both urged the Obama administration to veto the resolution.

U.S. officials have voiced growing fears that a "two-state" solution is imperiled by Israeli settlement building and have been more willing to voice open criticism.

Wael Abu Youssef, a senior member of the umbrella Palestine Liberation Organization, told Reuters that Netanyahu`s government "must not be rewarded" by the withdrawal of the draft resolution.

"We are determined to go to the Security Council to seek a decision against settlements," Abu Youssef said.

Netanyahu, for whom settlers are a key constituency, has said his government has been their greatest ally since the capture of the West Bank and East Jerusalem in a 1967 war.

The United States says continued Israeli settlement building lacks legitimacy but has stopped short of adopting the position of many countries that it is illegal under international law. Some 570,000 Israelis live in the West Bank and East Jerusalem.

The draft resolution would demand Israel "immediately and completely cease all settlement activities in the occupied Palestinian territory, including East Jerusalem" and said the establishment of settlements by Israel has "no legal validity and constitutes a flagrant violation under international law."

A resolution needs nine votes in favor and no vetoes by the United States, France, Russia, Britain or China to be adopted.

The Palestinians want an independent state in the West Bank, Gaza and East Jerusalem - areas Israel captured in the 1967 war. Most countries and the United Nations view Israeli West Bank settlements as illegal and an obstacle to peace.

Israel disputes that settlements are illegal and says their final status should be determined in talks on Palestinian statehood. The last round of U.S.-led peace talks between the Israelis and Palestinians collapsed in 2014.