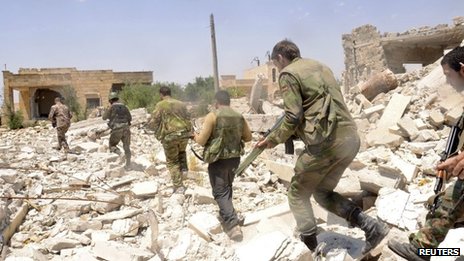 European Union foreign ministers have agreed not to renew the union`s arms embargo on the Syrian opposition, due to expire on Saturday.
But there was no immediate decision to send arms to Syrian rebels and all other sanctions remained in force, the EU foreign policy chief said.

The decision came after lengthy talks among divided ministers in Brussels.

Meanwhile, a Lebanese military source says three soldiers have been killed by gunmen near the Syrian border.

The assailants fled across the border into Syria following the attack on Tuesday morning near the north-eastern town of Arsal, a source reportedly said.