Marco Rubio to back Tillerson for secretary of State despite reservations 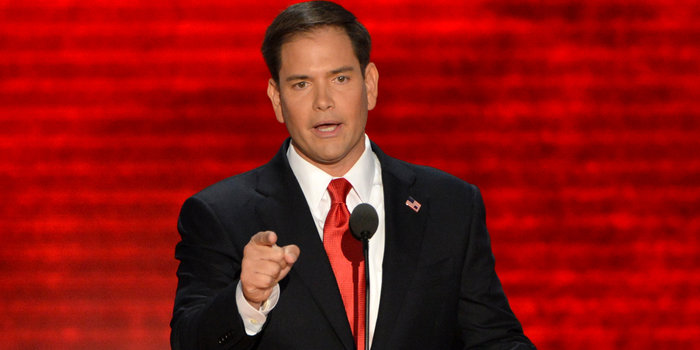 "Given the uncertainty that exists both at home and abroad about the direction of our foreign policy, it would be against our national interests to have this confirmation unnecessarily delayed or embroiled in controversy," Rubio wrote in a lengthy Facebook post. "Therefore, despite my reservations, I will support Mr. Tillerson’s nomination in committee and in the full Senate."

Rubio is a member of the Senate Foreign Relations Committee, which is now expected to report out a favorable recommendation for confirmation when it meets Monday afternoon. Republicans hold a one-seat advantage on the panel, so a "no" vote would have blemished — though not torpedoed — President Trump`s choice to run the State Department.

Rubio had expressed deep misgivings about Tillerson` ties to Russia and President Vladimir Putin, with whom he had cultivated and long and friendly relationship through his business dealings.

During a sometimes tense confirmation hearing earlier this month, Rubio called Tillerson’s answers “troubling” and “discouraging” when he refused to commit to tougher steps against Russia in the wake of the country’s well-documented interference in the recent presidential election.

He had also seemed frustrated when Tillerson would not agree with the senator that Putin was a "war criminal" for Russia`s actions in Syria.

In his statement Monday, Rubio aired some of his ongoing concerns about confirming the former oilman:

"Mr. Tillerson is likely to have a potentially unprecedented level of influence over the direction of our foreign policy. I remain concerned that in the years to come, our country will not give the defense of democracy and human rights the priority they deserve, and will pursue a foreign policy that too often sets aside our values and our historic alliances in pursuit of flawed geopolitical deals."

But he also had praise for Tillerson:

"I was encouraged by a number of his answers throughout this process. He acknowledged that Russia conducted a campaign of active measures designed to undermine our elections. He stated that Russia’s taking of Crimea was illegal and illegitimate. He affirmed that our NATO ‘Article V commitment is inviolable.’ ... He accurately characterized the conflict in eastern Ukraine as a Russian invasion, and he supports providing defensive weapons to Ukraine."

Rubio`s decision to endorse Tillerson was probably made easier by the decision Sunday of two other Tillerson skeptics — Republican Sens. John McCain of Arizona and Lindsey Graham of South Carolina — to come out in favor of Tillerson. In a joint statement, both said Tillerson "can be an effective advocate for U.S. interests."

Democrats blasted Rubio for what they see as caving to Trump.

“By ignoring his serious reservations about Tillerson’s connections to Vladimir Putin, Marco Rubio is not only rolling over for Donald Trump, he’s earning the nickname Trump gave him: Little Marco," said Zac Petkanas, a senior adviser to the Democratic National Committee.

Rubio had been pressed by a number of influential Republicans in recent weeks to back Tillerson, including former vice president Dick Cheney.

It would have been difficult for him to vote against Tillerson.

It would have meant immediately being tagged as the chief antagonist against his own party’s president.

It would also have meant running afoul of Senate GOP leaders who just awarded him a coveted seat on the Appropriations Committee.

Only a handful of Cabinet nominees have been rejected, the most recent being former Texas senator John Tower in 1989, whom President George H.W. Bush had named to run the Pentagon.