Who is Rex Tillerson, President Donald Trump`s secretary of state?

But who is this oil executive and what should you know?

Tillerson has worked for Exxon since 1975. He started as a production engineer and moved up the ranks before becoming chairman and CEO in 2006. Tillerson has been conducting deals with countries all around the world. His experience negotiating with foreign governments — including governments hostile to the United States — was one of the reasons Trump selected him.

“The thing I like best about Rex Tillerson is that he has vast experience at dealing successfully with all types of foreign governments,” Trump tweeted after announcing Tillerson’s appointment.

Tillerson has strong ties with Russia. In 2013, the oil executive received Russia’s Order of Friendship award, which is given to foreign nationals who the Russian government believes have worked to better relations. (The Washington Postreports that the award has gone to a wide variety of Americans, including a pianist and basketball coach.) Tillerson received the honor after inking a deal with a Russian oil company. He has also been critical of U.S. economic sanctions against Russia.

Tillerson’s relationship with Putin is likely to be brought up during his confirmation hearings. Republicans such as Florida Sen. Marco Rubio and Arizona Sen. John McCain have raised concerns.

While he has extensive experience dealing with foreign governments, they`ve all been in a business capacity. Tillerson joined ExxonMobil after college and has worked for the company since. But he has worked on government projects — for instance, he is a member of the National Petroleum Council, an industry advisory group to the secretary of Energy.

Tillerson was president of the Boy Scouts of America for two years beginning in 2012. He is a longtime board member and an Eagle Scout.

“Scouting is a place where young boys are allowed to fail, or make mistakes and recover from it and there aren’t too many places in our society where it’s safe to do that,” he said in an interview with USA TODAY in 2012. “Had I not had my boy scouting experience and had the values that we teach not become part of my DNA, there’s no question in my mind I would not have been as successful as I have been.”

Tillerson was involved in Scout leadership when the organization made the decision to allow openly gay members. 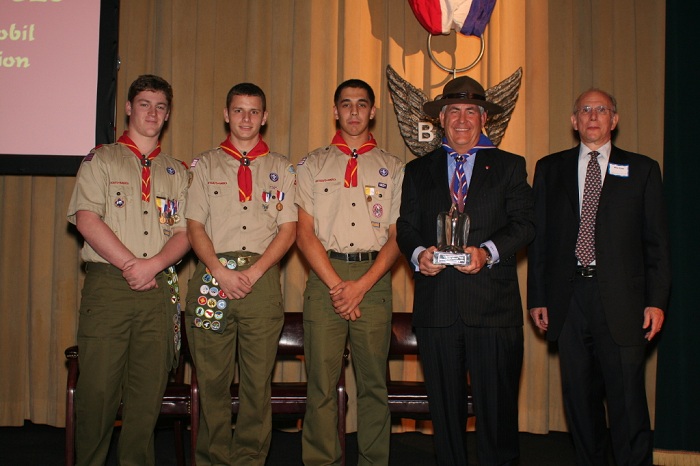 Like president, like secretary of state: both Trump and Tillerson have been investigated by New York Attorney General Eric Schneiderman. Last year Schneiderman, a Democrat, opened a formal investigation into whether Exxon had, despite having research proving the contrary, misled investors and regulators about climate change. Tillerson called the charges “pretty unfounded” and Exxon sued to stop the subpoena of decades of the company’s records. The New York State Supreme Court has ruled that the company must turn over the documents.