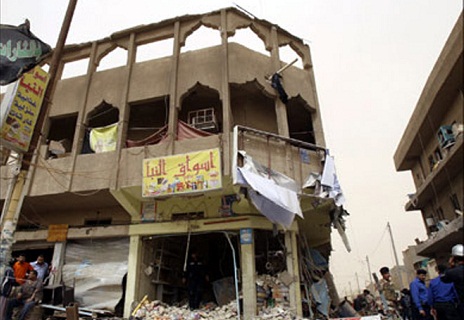 Iraqi police officials say a suicide bombing in eastern Baghdad has killed at least 13 people and wounded 30,The Associated Press reported.
The incident happened Saturday afternoon in the New Baghdad section of the capital. Officials say the bomber targeted a street filled with hardware stores.

There has been no claim for the attack thus far. Hospital officials confirmed the casualties. All officials spoke anonymously as they are not authorized to brief media.

The capital has witnessed sporadic bombings but has remained relatively secured amid an onslaught by the Islamic State militant group.