There are countries that oppose strategic partnership of Azerbaijan, United States 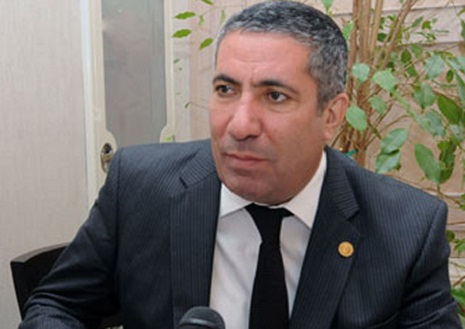 There are countries that oppose the strategic partnership of Azerbaijan and the United States, and the political parties and NGOs operating in Azerbaijan have their representatives, the deputy executive secretary of the ruling New Azerbaijan Party (NAP) MP Siyavush Novruzov said Feb.14 during the hearing held in the Milli Majlis (Parliament) of Azerbaijan on the topic “Relations between Azerbaijan and the US in the context of issues of human rights, energy and security.”

Novruzov said that the position of the US towards Azerbaijan is known, however, the US Congress conducts its activity in a different way. “A meeting with Charge d`Affaires of the US Embassy in Azerbaijan has recently taken place, during which we agreed to address issues not by voicing of statements but during discussions, dialogue,” he said.

He said that if someone once a week interviews the former US Ambassador to Azerbaijan Richard Kauzlarich and publishes his speech in the newspaper “Azadlig,” it has nothing to do with the interests of the United States. However, countries that want to harm relations between the US and Azerbaijan, present this information as a fact, he said.

“I think that this cannot harm our strategic partnership,” said Novruzov.

Azerbaijan’s parliament, the Milli Majlis, is holding on Feb. 14 a hearing on the relations between Azerbaijan and the US.

The hearing’s topic is the “Relations between Azerbaijan and the US in the context of issues of human rights, energy and security.”

Aside from the MPs, the hearing is attended by the leaders of opposition parties of Azerbaijan, as well as the representatives of NGOs and the public.

Earlier, the US Congress also held a hearing on the relations between the two countries.