The prime ministers of Armenia and Russia meet 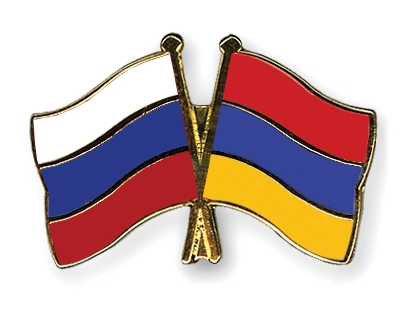 The ministers discussed issues related to Armenia
The prime ministers of Armenia and Russia discussed issues related to Armenia’s entry to the Russia-led Customs Union during the regular meeting of the Council of Heads of Governments of CIS Member States in Minsk, Belarus. Russian Prime Minister Dmitry Medvedev said Russia considers important Armenia’s desire to integrate into the Customs Union and “it is just needed to find a fitting format for such cooperation.”

Armenian Prime Minister Tigran Sargsyan said that Yerevan’s position “is clear and there is no doubt”. “It is now at the technical level that everything should be decided - what steps to take to go forward,” he said, noting that serious and important work has been done by the sides.

“We signed two protocols, identified a number of issues,” he said. (The Customs Union consists of Russia, Belarus and Kazakhstan and Moscow intends to expand the structure). Sargsyan has repeatedly ruled out the possibility of Armenia’s acceding to the Customs Union in view of the absence of shared borders.