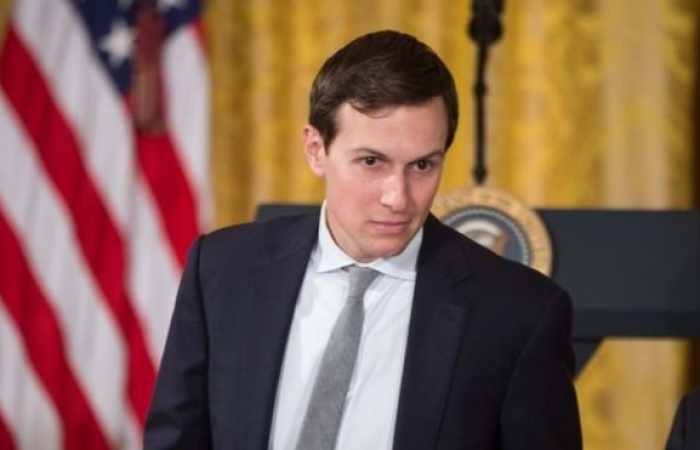 The Special Counsel appointed to oversee the probe into possible ties between Donald Trump's campaign and Russia is investigating the business dealings of Jared Kushner, the President’s son-in-law and a senior White House adviser, AzVision.az reports citing the Independent.

Robert Mueller, the man tasked with taking over the investigation following the firing of former FBI Director James Comey by Mr Trump, also reportedly has FBI agents and federal prosecutors examining the financial dealings of a number of others linked to Mr Trump, including former National Security Adviser Michael Flynn.

Mr Kushner was reportedly already a “person of interest” for FBI investigators over his meeting with Russian Ambassador to the US Sergei Kislyak in December - prior to Mr Trump taking office. In that meeting Mr Kushner was said to have suggested setting up a backchannel of communication with Moscow at a Russian diplomatic facility in the US.

Mr Kushner also had a pre-Inauguration meeting with the head of state-owned Russian development bank Vnesheconombank - Sergei Gorkov. The bank had sanctions imposed upon it after Russia’s annexation of Crimea from Ukraine in 2014.

Mr Kushner was still head of his family’s real estate business at the time of the meeting with Mr Gorkov. He only stepped down from the position after Mr Trump took office and he was appointed his father-in-law’s senior advisor.

The Russian banker has said the meeting was to discuss business matters with Mr Kushner, whose family company was looking for financing help on a recent real estate acquisition, however the White House has said that it was a pre-inauguration diplomatic meeting and was unrelated to any business matters.

The latest reports were published in The Washington Post - citing unnamed sources familiar with the matter - as were the first details about the meetings with Mr Kislyak and Mr Gorkov.

“We do not know what this report refers to,” Jamie Gorelick, a lawyer for Mr Kushner, told the newspaper referring to the possible investigation of Mr Kushner's business dealings.

“It would be standard practice for the Special Counsel to examine financial records to look for anything related to Russia. Mr Kushner previously volunteered to share with Congress what he knows about Russia-related matters. He will do the same if he is contacted in connection with any other inquiry.”

Mr Kushner has agreed to discuss his Russian contacts with the Senate Intelligence Committee, which is conducting one of several investigations into Russian meddling in the 2016 election and the ties between Mr Trump's campaign team and Russia.

Mr Mueller's investigation is still in its early stages, and it is unclear whether any criminal charges will brought.

The reports over Mr Kushner follow the revelation that Mr Mueller may also be investigating President Trump for possible obstruction of justice over the firing of My Comey, a suggestion Mr Trump hit out at on Twitter.

“They made up a phony collusion with the Russians story, found zero proof, so now they go for obstruction of justice on the phony story. Nice,” Mr Trump wrote on Thursday.

“You are witnessing the single greatest WITCH HUNT in American political history – led by some very bad and conflicted people!” he added.

According to reports, since Mr Comey’s firing on 9 May, Mr Mueller, the special prosecutor, has started to look at Mr Trump’s actions as part of the wider investigation into alleged Russia interference in the 2016 US presidential election.

The move would mark a dramatic shift in the course of the investigation, which Mr Trump has so far sought to dismiss and brush away.

Mark Corallo, a spokesman for Mr Trump’s legal team, hasdenounced the report, saying: “The FBI leak of information regarding the President is outrageous, inexcusable and illegal.”

Last week, Mr Comey testified in a Senate hearing that he believed he was fired because of the Russia investigation. Mr Comey also said he had told Mr Trump on a number of occasions that he personally was not under investigation.

“I know I was fired because of something about the way I was conducting the Russia investigation was in some way putting pressure on him, in some way irritating him, and he decided to fire me because of that,” he said.

Mr Trump had previously told a television reporter that one of the reasons he had fired the 56-year-old was because of the ongoing probe into possible collusion with Russia – something the President said was nothing more than “fake news” being generated by those angry about his election victory.

“When I decided to just do it, I said to myself, I said ‘You know, this Russia thing with Trump and Russia is a made up story, it’s an excuse by the Democrats for having lost an election that they should’ve won’,” Mr Trump told NBC.

Mr Comey told the Senate Intelligence Committee that he believed Mr Trump had directed him in February to drop an FBI probe into former National Security Adviser, Mr Flynn, that was part of the broader Russia investigation.

Mr Comey would not say in his testimony whether he thought the President sought to obstruct justice, but added it would be up to special counsel Mr Mueller “to sort that out”.

The administration initially gave differing reasons for his dismissal, including that he had lost the confidence of the FBI, before Mr Trump cited the Russia issue.

Clearly still having the issue on his mind, Mr Trump tweeted again hours after his first outburst, suggesting that Hillary Clinton, his Democratic opponent in the election, should be under investigation instead of him.

“Why is that Hillary Clintons family and Dems dealings with Russia are not looked at, but my non-dealings are?" the President tweeted, adding in a second missive, "Crooked H destroyed phones w/ hammer, 'bleached' emails, & had husband meet w/AG days before she was cleared- & they talk about obstruction?"

Several US congressional committees are also looking into the question of Russian election interference and possible Trump campaign collusion.

On Thursday, Vice President Mike Pence's office said he had hired a lawyer known for defending government officials in high-profile investigations to help Mr Pence through the various probes

Mr Cullen represents former FIFA President Sepp Blatter in the corruption probe into world soccer's governing body. He represented Tom DeLay, a Texas Republican and former majority leader of the US House of Representatives, during the investigation into corrupt Washington lobbyist Jack Abramoff. Mr DeLay was not charged.

Mr Pence had been looking at hiring his own counsel for several weeks, and made his decision earlier this week after interviewing several candidates, his office said.

"The vice president is focused entirely on his duties and promoting the president's agenda and looks forward to a swift conclusion of this matter," Pence spokesman Jarrod Agen said in a statement.

As for Mr Trump, while a sitting president is unlikely to face criminal prosecution, obstruction of justice could form the basis for impeachment. Any such step would face a steep hurdle as it would require approval by the US House of Representatives, which is controlled by Mr Trump’s fellow Republicans.

Adam Schiff, the top Democrat on the House intelligence Committee – one of the bodies looking at the issue of Russian meddling – said he would not comment on whether Mr Mueller was looking at possible obstruction of justice by Mr Trump but said Congress “certainly needs to get to the bottom” of the issue.

Separately, the House committee said former Homeland Security Secretary Jeh Johnson would appear at a public hearing on the Russia probe on 21 June.