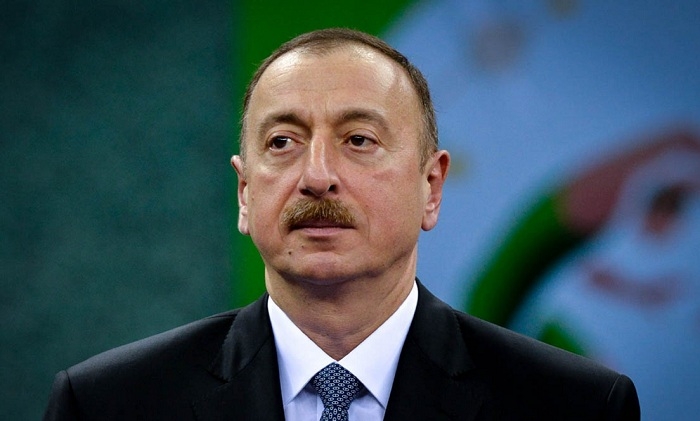 Azerbaijani Army’s combat capability and patriotic spirit are high, which is confirmed by the situation along the line of contact, Azerbaijani President Ilham Aliyev said on Friday.

“Today, we have the upper hand on the contact line. We have gained this advantage and we’re building on it,” said the president addressing the opening ceremony of a new defense industry plant in country’s Shirvan city, AzVision.az reported.

The head of state said that a number of events have happened proving Azerbaijan’s combat capability.

"In this respect, it’s worth noting last year’s April fights. Preventing Armenia's military aggression, our servicemen showed great heroism and liberated parts of three districts from the invaders. In those lands, the flag of Azerbaijan is waving now. As a result of the April fights, we are now sending the displaced people to their native village, Jojug Marjanli, which was reconstructed within just two months. The first phase of its restoration has come to an end. Additional funds have been allocated to complete the second phase of its restoration,” he added.

President Aliyev underlined that the April fights was a glorious victory for Azerbaijan.

“It is proof that the Azerbaijani Army today is among the most powerful armies. Once again, it shows that the Azerbaijani people will never accept the occupation. The return of Jojug Marjanli residents to their village indicates that all our displaced people wish to return to their tows and villages. Today, Jojug Marcanli is our revival, our symbol of victory. The flag of Azerbaijan is now waving in the lands liberated in April of last year, which is a pleasure for every patriotic Azerbaijani citizen,” he said.

The president noted that Azerbaijan has enough power to adequately respond to any provocation by Armenia.

He stressed that the Azerbaijani Army adequately retaliated against the enemy’s sabotage a week ago.